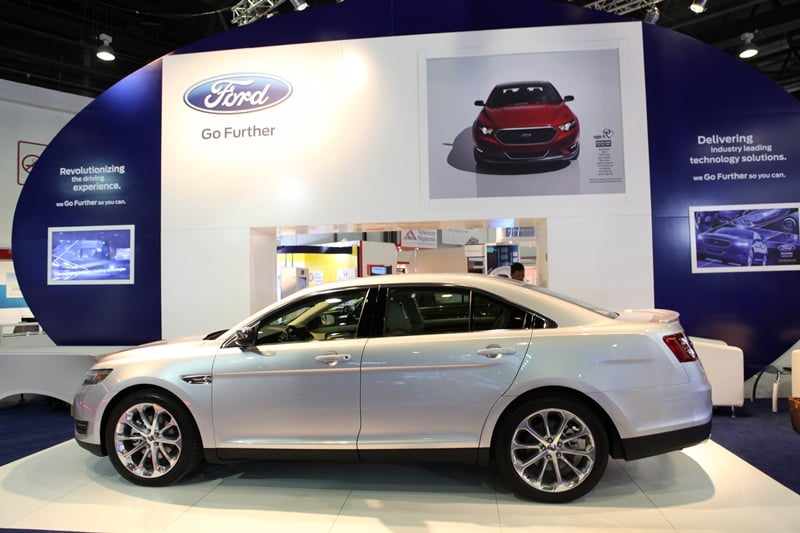 Ford Middle East presented its 2013 Taurus model and other new technologies at the Gitex Technology event this year, including a biometric seat that will test driver wellness.

The seat, which is still in the research phase, monitors the driver’s temperature levels, heart rate, respiration and other key indicators of stress.

This information will be useful to develop new products that will improve a driver’s overall experience, the company said.

Saeed Barbat, the chief technologist for Safety, Research and Advanced Engineering at Ford, who is developing the product, told Gulf Business that the seat includes sensors to monitor the physiological condition of a person.

“When you first buckle up, we have a physio-electric on the lap portion of the seat belt. It is tiny but very sensitive and will continuously monitor your breathing.

“We also have an electrod on the steering wheel, similar to treadmill that has a kind of EKG curve that will track your heart rate. There is also a sensor that will measure the conductance of the skin to determine the driver’s stress levels.

“We are gathering all this information so that using data from different sensors inside and outside the car, we can try and develop an algorithm to estimate the driver load,” he added.

By tracking the ‘driver load’, the company will be able to create technologies that ensure that the driver is not disturbed when he is over-loaded with information, said Barbat.

“For instance, we may be able to prevent you from receiving calls at that time. Or you can prevent receiving SMS or may give you warning to slow down.”

Currently the product is part of Ford’s future research portfolio, and so far only the feasibility study has been conducted, said Barbat.

“Now we know it’s feasible. To bring it into production level we have to work on the concept level. Even developing the algorithm for the driver is still in the research – but we are going to get there one day,” he added.