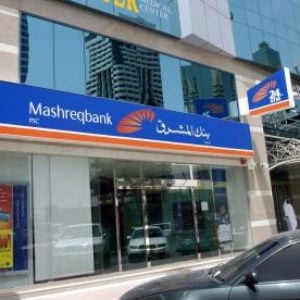 Throughout the Gulf banking sector, the retail and SME markets are on the whole in slightly better shape than the corporate and commercial sectors. The latter have been hit harder by the regional and global downturn, particularly due to the correction in real estate and the investment sector. However, there are a number of challenges facing the retail market.

Banks in all gulf banking markets will readily comment that one of the main stumbling blocks for the true development of retail banking in the Gulf is the problematic bankruptcy laws. This issue is currently being addressed by the UAE authorities and banks are positive that changes will spur growth in the sector with banks given more confidence in financing retail and SME clients.

The problems in the global economy have had a negative knock-on effect in the UAE banking sector for their retail clients. Sentiment and confidence has weakened and retail asset growth has been weaker than expected.

Given the banking conditions, banks have become more circumspect in retail banking loans. Competition is tough for good customers and to distinguish themselves from the pack, banks are becoming far more customer-oriented.

Mashreqbank, for example, is following a more integrated approach and providing end-to-end service. Most of the region’s main retail banks are also following this approach.

Asset quality in the retail banking segment has largely stabilised over the past year, aided by more conservative policies.

In the boom times, banks were not vigilant about customers acquiring a large number of credit cards and personal loans. Since then, risk appetite has fallen and banks and regulators have introduced far more stringent lending criteria and monitoring processes. However, banks remain vulnerable due to the lack of a credit bureau to aggregate risk information and exposures.

Retail revenue for UAE banks will be weaker in 2011. This reflects the personal loan limits introduced by the Central Bank in early 2011 together with stricter lending policies by banks. Both have led to subdued loan asset growth. Overall, UAE banks’ retail banking revenues are expected to be lower by between 15-20 per cent in 2011.

In the biggest and one of the fastest growing retail banking markets in the region, Saudi retail loans are expected to remain strong on positive demographics. Moreover, good liquidity and asset quality will keep retail loan growth healthy in 2012. According to SAMA data, retail lending is currently increasing by around 11 per cent year-on-year. Social welfare spending by the Saudi government along with bonus salaries will keep demand retail loans high.

The low interest rate environment throughout the Gulf has led to margin compression for GCC banks. However, the growing retail segment – where margins are much higher – has supported those banks with significant retail loan books on the balance sheet, in combination with lower cost retail deposits.

Despite the size of the Saudi retail banking segment, it remains significantly under-banked. Many believe that the domestic banks have yet to penetrate the large masses in the Kingdom. There is a need for more innovative retail products and, more importantly, better services. At most branches throughout the Kingdom waiting times are significant.

In part, this is due to a lower level of remote banking and relatively small number of branches compared to the size of the population. The potential for Saudi banking, aided by the huge amount of money pumped into the economy by the Government, has had a positive knock-on effect for the consumer.

Bank penetration is increasing but borrowing by individuals is relatively conservative with retail loans to GDP at about 12 per cent. The long-awaited eventual approval of a mortgage law in Saudi, along with increased lending to SMEs, will push retail banking penetration. These factors, together with the continued strong growth of the Saudi economy, are channelling banks’ growth strategies towards the retail segment.

Qatar has also introduced more stringent rules on retail lending. Qatari citizens can now borrow no more than two million Qatari riyals on loans with a maximum maturity of six years and 400,000 riyals on loans of no more than four years. The retail market in Qatar is competitive and small in nature and, although growing, banks are not looking to invest heavily in the retail segment. The new rule will have a limited dampening impact on Qatari banks’ revenue owing to the fact that the retail proportion of bank’s total revenue is not significant. Some banks such as IBQ has developed significant retail banking services through various channels of distribution and has reaped good rewards.

Barwa Bank, the Shariah compliant Qatari bank, has made inroads into retail banking aided by its 2010 acquisition of First Finance Company in Doha.

In Kuwait, National Bank of Kuwait, has the dominant share in retail banking, controlling around 30 per cent. This helps it generate the lowest cost of funds among Kuwaiti commercial banks. It is planning to expand its client base with focus on the profitable consumer segments including the affluent segment. Kuwait Finance House is also focusing on retail banking services in its future expansion plans, leveraging off its existing Islamic banking platform. In contrast to this focus, HSBC recently announced it was pulling out of the retail market in Kuwait following a strategic review, closing its premier retail banking operations.