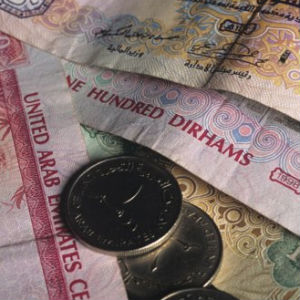 The new framework requires higher and better quality capital, a new leverage ratio, liquidity standards and capital buffers to be absorbed in stress periods. Other initiatives include a greater emphasis on stress testing, the coverage of risks related to capital market activities and more stringent requirements for systemically important banks. Full implementation isn’t due until 2019 but banks and regulators are already looking at steps required to meet the new standards.

Basel III tightens the definition of core Tier 1 capital to incorporate predominantly common equity, either common shares or retained profit. Minimum capital ratios are increased through banks being required to hold 4.5 per cent common equity in relation to risk-weighted assets with an additional 2.5 per cent capital buffer that can absorbed during periods of stress. This translates into a core capital requirement of 7 per cent. To prevent the boom bust scenario, banks will be directed to build up capital during good times, as opposed to say paying out bigger dividends, so it can be used in weaker periods. A new counter-cyclical capital buffer may be up 2.5 per cent.

New liquidity standards include the holding of adequate cash-like instruments to withstand 30 days of severe fund outflows. Stress testing will also focus on liquidity positions and the capacity to survive in extreme but plausible scenarios.

On the whole, GCC banks are in a good position to meet the enhanced capital requirements of Basel III. The majority of banks in the GCC have strong capital adequacy ratios, well above ten per cent and in fact the average ratio for the region is around 15 per cent with some markets such as the UAE closer to 20 per cent. Moreover, nearly all of banks’ capital consists of core tier 1 capital hence the new requirement of seven per cent will be comfortably met.

Hybrid capital instruments in the GCC are very limited and hence the common equity component of capital is already significantly higher than the Basel III standards to be implemented. Banks’ appetite for longer tenor loans such as project finance may deteriorate however. The adverse impact on project finance funding might be more pronounced in the GCC, as banks largely fund themselves through customer deposits that are short term, and the proportion of long-term facilities to total funding is limited.

The new liquidity rules will be one area where GCC banks will see an impact. Regional regulators will need to find new liquidity tools to ensure banks will be able to implement new global rules under the Basel III accord. Gulf debt markets are not as deep or varied as developed markets, meaning banks have a limited choice of liquid instruments that they can use locally. The liquidity standards will increase the amount of low-yielding liquid assets and hence reduce the yield on earning assets. A risk-invariant leverage ratio of initially three per cent of tier 1 capital between 2013-2016 will also reduce earning assets and will apply to both on and off-balance sheet exposures. The assets will be treated on a non-risk adjusted basis with limited or no recognition of collateralisation or credit risk mitigation. Effectively, this would amount to a leverage ratio of 33:1. Longer term liquidity will be required through a minimum net stable funding ratio and banks will be required to have stable funding in place to address funding needs over a stressed one year period.

The systemically important banks in the region, specifically the larger ones with significant market share, will likely see enhanced prudential requirements. Although still under discussion, a systemic capital surcharge for such banks may be implemented.