The future of the GCC's design industry - Gulf Business 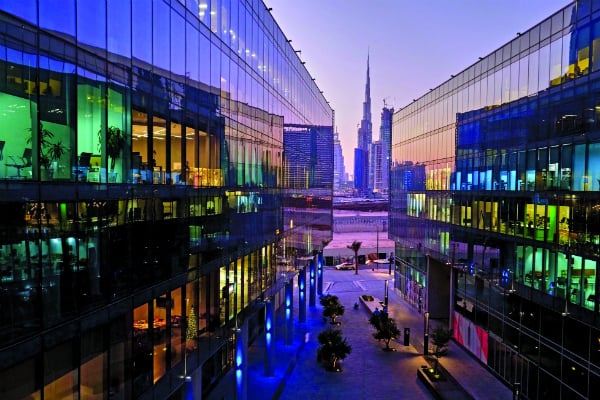 After welcoming some 60,000 attendees in 2017, this year’s edition of Dubai Design Week – taking place from November 12-17 – is set to build on past successes, with scores of events showcasing the best of the region’s design industry.

“This is the fourth edition of Dubai Design Week and offers six-days of programming with 200 events covering design across a range of disciplines including architecture, product, furniture, interior and graphic design,” he says.

“The anchor event is Downtown Design, which is the commercial centrepiece and annual meeting point for the local and international design industry. This year the focus will be on empowering the architecture and interior design professionals.

“There will be the introduction of Downtown Editions; a carefully edited showcase of limited-edition and bespoke design and occupying a new key area within the Downtown Design fair.

“The Global Grad Show will showcase 150 works from over 90 of the most innovative universities from 50 countries across the world; and Abwab, the curated and interactive project containing original commissioned design from the region.”

The growing interest in the design sector makes sense because it makes dollars. Research shows that it is a becoming increasingly lucrative and important for the UAE economy, especially as construction skyrockets during the years leading to Expo 2020 Dubai.

“In terms of growth, according to The MENA Design Outlook report conducted by Deloitte, projections for the UAE design market is expected to reach Dhs135bn by 2019, with architecture contributing to over Dhs11bn,” explains Al Shehhi.

“These positive projections are led by Expo 2020 that will drive new architectural and design projects and new developments in the region such as retail, leisure and residential.”

With the forecast indicating that design will be in demand, Dubai Design Week will focus on showcasing homegrown talents from across the UAE and wider Arab world, while also offering educational opportunities across a plethora of training sessions.

“This year will be the fair’s strongest showcase of regional talent yet,” continues Al Shehhi.

“Incubator Tashkeel’s design programme Tanween will unveil the latest collections by designers from various Arab countries, and new to Downtown Design’s trade programming is the Workshop, which will offer industry-specific master classes for the design professionals. These sessions are designed to empower design professionals to enhance their creative and commercial strategies.”

The evolution of Dubai Design Week is the latest chapter in the story of a city that Al Shehhi praises for its “unique fusion of future-thinking design fused with traditional architectural methodologies”.

In the years before the Dubai Design Week rose to prominence, one of the pioneer events in the UAE was Dubai Design Days, first held in 2012. The event was held under the patronage of the likes of Dubai native Sheikha Wafa Hasher Al Maktoum, an artist and entrepreneur who is founder and director of FN Designs, a studio based at Al Serkal Avenue.

Speaking on the growth of this event, which will feature the theme of  ‘Livable Cities’ this year, Al Maktoum states that “the exhibition brings to the fore unexpected and innovative forms of art that are bound to challenge the conventional landscape of design”.

She added that the strong sense of community at hubs such as Al Serkal Avenue have helped boost Dubai’s design sector thanks to frequent events and a welcoming environment.

“Since the time we moved into Al Serkal Avenue in 2012, we have really seen it grow,” she explains.

“At FN Designs we take pride in promoting art in the Middle East and making it accessible to all by creating a more design-centric social community within the emirates through innovative and collaborative events.”

A recent trend in the UAE has been the number of design initiatives with ties to environmental sustainability and philanthropic causes. Despite the UAE government declaring the end of the Year of Giving in December 2017, there is a continued interest in interior design that has a positive impact on people and the planet.

One recent example came from Miaser Al Habori, an architect who designs home items and furniture using upcycled wood and sells them as part of collections offered by her company Khashab Design. She created a special piece of art upon request by Dubai Cares and Dubai Culture.

“My artwork ‘Tolerance’ was a commissioned for the Dubai Scavenger Hunt by Dubai Cares and Dubai Culture (launched in January 2018 to celebrate the Year of Zayed).

“It represents the harmony of the Islamic pattern art, where every line and geometric element intersects with one another to paint a beautiful picture of unity and order,” said Al Habori, who has exhibited at UAE events such as Sikka Art Fair.

Her design for ‘Tolerance’, inspired by a canvas of an Islamic pattern that dates to AD 670/AH 50 found in the Great Mosque of Kairouan, Tunisia, represents themes of understanding, respect and tolerance, which resonate with the ethos and multicultural ambiance of the United Arab Emirates.

Among the many wooden pieces designed by Al Habori, some of the most distinct Khashab Design items reflect the rich cultural heritage of the Arabian Peninsula, including Al Habori’s ancestral Yemen. Some of the standout pieces, a chalkboard and complementary designs featured in the Doaan collection, are inspired by the historic homes built on the sides of the mountains of Wadi Doan within the Hadhramaut governate.

“The Doaan collection is inspired by the Wadi Doan in Yemen, with its rock formation and man-made buildings that blend in and work in harmony with nature,” says Al Habori, who has complemented the chalkboard with a collection of tables and stools, which were made using rustic wooden cubes.

The theme of designing for a good cause will continue when Dubai Design Week displays unique creations as part of its inaugural Design For Good campaign   next month.

One of the designs featured will be titled The Mesh: three structures created as the result of a collaboration between the Fatima Bint Mohamed Bin Zayed Initiative (FBMI) and Emirati designer Roudha Al Shamsi, who partnered with Afghani women on the pieces. After Dubai Design Week concludes, they will be permanently on display at Dubai Design District.

Another, yet to be announced, will be selected from a competition featuring submissions from designers from across the UAE. An expert jury will select one of these submissions, which can be a piece of furniture or a functional object, then produce 100 pieces and sell them during Dubai Design Week as part of the ‘Design 100’ campaign.

All of the proceeds from the aforementioned sales will be given directly to Dubai Cares in order to support education that that will help develop and enhance the skillsets of the aforementioned women in Afghanistan and other countries. 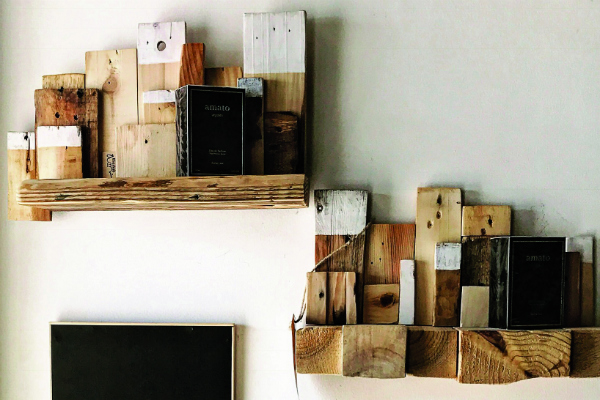 New designs in the kingdom

In neighbouring Saudi Arabia, where demographics are experiencing a massive change, the consumer market is also shifting when it comes to architecture and interior design. Currently, 70 per cent of Saudi Arabia’s population is under the age of 30, and it is only getting younger.

As younger Saudis, many educated abroad, come of age, some of the design trends are also reflecting change. Given that cities in various regions of Saudi Arabia are known for their distinct cultures, it’s no surprise that the latest interior design trends often contrast as well.

“In Riyadh, modern styles of interior design have been more appreciated by home owners this year: from hidden lights in the ceiling to modern furniture,” says Amina Ali, an architect and interior designer from Riyadh who works on design projects throughout GCC countries and Asia.

“Meanwhile in Jeddah, traditional styles of interior design are still as popular as they were in the past, including traditional Islamic patterns on ceilings and the use of gold as a popular colour choice.”

The types of real estate that are favourable among younger Saudis also are not resistant to this change, according to recent research about architecture and real estate in the kingdom.

“Younger consumers are now more interested in living in residential communities that have shared amenities and there is less focus on privacy, especially in the Eastern and Western region, but also in some newer neighbourhoods in the central region.”

“Developers are therefore looking into building residential gated and semi-gated communities to take advantage of this new shift in demographics and demand. The number of consumers who are interested in buying in a gated community have increased by 21 per cent in the past 12 months.”

According to Nadia Bakhurji, president of Nadia Bakhurji Architectural and Interior Design Consultants (NBA) in Riyadh, architecture and related industries will have to adjust rapidly to the drastic changes that Saudi Arabia is currently undergoing and will pursue further in the coming years.

“Vision 2020 and Vision 2030 have become a catalyst for a shift in the nature of the demand opening up new sectors to the construction industry, thus encouraging new thinking in the design trends of our built environment. Public space for entertainment and commercial space are becoming more relevant and important.

“With the advent of new building technologies and building materials, architects and interior designers are challenged to create innovative contemporary solutions, which are in keeping with today’s current design trends and fulfil the developing and changing needs of society.

“This can be seen most in the new hotels, commercial office buildings, strip malls, plazas and entertainment complexes. Private hospitals, clinics and schools are now being rethought as holistic environments for healthier human experiences. The emphasis is now on a higher quality customer experience.”

As 2019 approaches, the Gulf’s design industry is preparing to welcome new spaces that can inspire the next generation of creatives.

At present, several spaces catering to designers exist in cosmopolitan cities such as Dubai and Jeddah. The former features TECOM Group’s in5 Design at Dubai Design District: an incubator for entrepreneurs who are focused on design. Jeddah is home to Kayan Space, which has hosted design-centric entrepreneurs since it was launched in 2012 by Makkah native Sofana Dahlan, who operates several businesses and was appointed as vice governor for entrepreneurship advancement at the Small and Medium Enterprises Authority of Saudi Arabia.

Hubs like in5 Design and Kayan Space offer the opportunity for entrepreneurs and independent designers such as Jeddah-based interior designer and Figs & Oliver founder Sara Bamehriz to make an impact on the marketplace without being overwhelmed by heavy overhead costs that come with renting office space.

Late 2018 and 2019 will also bring new spaces to both Dubai and Jeddah that can showcase the design sector to the public and offer training opportunities for members of the creative industries.

Art Jameel, an independent organisation that supports causes such as arts, heritage and education in the Middle East, is launching the 10,000sqm Jameel Arts Centre in Dubai’s Al Jaddaf area on the edge of the Dubai Creek on November 11, 2018. This will be followed by the launch of the 17,000sqm Hayy: Creative Hub in Jeddah during the winter season of 2019 and 2020. The 17,000sqm space will host events and offer an entrepreneurship incubator to support creatives from Saudi Arabia and other countries.

The launch of this ambitious hub couldn’t come at a better time in Saudi Arabia’s history: an era when embracing entrepreneurship and considering a career outside the public sector, is on the agenda.

According to the 2018 edition of the Arab Youth Survey, 26 per cent of young GCC nationals believe that creating new, well-paying jobs is the most important factor needed for the Arab world to move in the right direction over the next 10 years.

With the increase in availability of hubs that support entrepreneurship in diverse sectors across the GCC, time will tell if more designers will emerge in the region’s rapidly changing creative economies.

Digitalisation of the construction industry