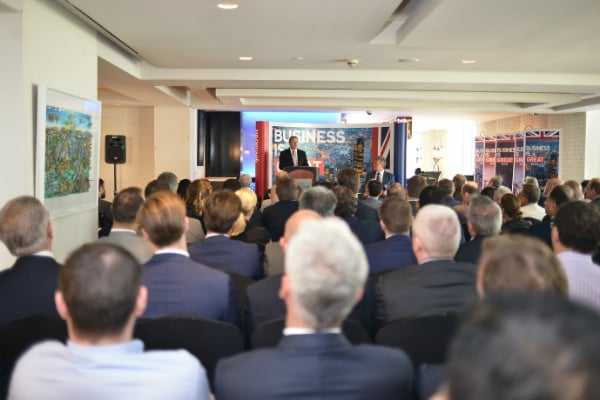 Dr Liam Fox, the UK’s Secretary of State for International Trade, has made his first visit to the UAE after the Brexit vote and expressed his intention to boost ties between the two countries.

In a talk at the Capital Club in Dubai International Financial Centre, Fox outlined the current trade and investment relationship between the UK and UAE and outlined his aspirations for the future relationship.

“Trade is now taking its rightful place at the heart of government policy making,” he said, arguing the two countries cannot allow their ties to slacken post-Brexit.

Fox, who was appointed to the position in July, highlighted that the UAE is the UK’s fourth largest trading partner outside of the EU, with the number of imports increasing by 39 per cent since 2009.

He said the UAE was a big investor in Britain, with Abu Dhabi sovereign wealth funds having committed to urban regeneration projects in Manchester and £1bn ($1.3bn) in UK offshore wind power production.

The trade secretary also referenced the 100,000 UK nationals living and working in the UAE and 5,000 UK companies doing business in the country as sign of existing ties.

Referencing future trade relationship, Fox spoke of the greater flows of investment the UK’s exit from the European Union would bring and said the UAE had been highlighted for “big-ticket” export opportunities.

He concluded his talk by asking for support as the country leaves the union.

“Britain is very much open for business like never before and that is worth getting out of bed for in the morning”, he said.

Read: The GCC view: Brexit – a blessing or a curse?

The UK voted to leave the European Union on June 23 with a majority of 52 per cent.

However, there has been uncertainty as to when exactly the country will begin its formal exit from the union and under what terms.

Fox, who supported Brexit, has argued that leaving the bloc will allow the UK to forge its own lucrative trade relationships with emerging and leading economies.

However, Prime Minister Theresa May is seeking a deal where the country can maintain its existing tariff free relationship with the EU, its largest trading partner.