What does Brexit mean for people in the Gulf? - Gulf Business 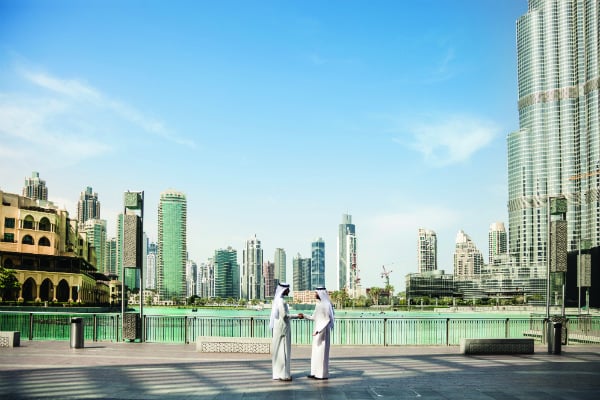 The United Kingdom’s decision to leave the European Union with a 52 per cent majority caught the world by surprise. Stock markets initially tumbled and the value of the British pound hit a 30-year low in the days following the June 23 vote.

But now that the dust has settled and some time has been taken to digest the decision and its implications what does it mean for the man (or woman) on the street in the Gulf?

We asked experts from across the region for their perspective on how Brexit could impact business and our everyday lives in the months and years ahead.

“While, it is early for us to predict the fundamental changes that would affect the property market in the UK from the occurrence of Brexit, let alone the Middle East, there are several trends that could occur purely based on sentiment in the short to medium term.

“The more predictable will be the negative impact of the weakening British pound on the residential and hospitality sector in Dubai. Citizens of the UK were the emirate’s second largest investment group last year, accounting for circa Dhs 10bn in investment in the property sector. Similarly, the UK was the third biggest source market for overnight visitors in 2015, with more than 1.2 million arrivals.

“Elsewhere, the general uncertainty in the global economy may result in global corporates holding back their investment and growth decisions in the Middle East. This may have an impact on the office sector, albeit a small one and for a short period of time.

“On the positive side, typically $10bn to $12bn of documented capital leaves the region for investment into property sector around the world every year, excluding residential and small-scale investments. The part of this amount that traditionally went into the UK will be curtailed post Brexit as investors wait to see the impact on the British economy.

“This capital will look for alternative locations and may go elsewhere in the globe or even stay in the region, benefitting predominantly Dubai and Saudi Arabia.”

“The decision of England to leave the EU led to a dramatic decline in the value of the pound and immediate declines in risk assets around the world. This does not affect locals as immediately and as sharply as it affects people residing outside of the UK but the longer term effect is the same: reduced purchasing power for one’s wealth.

“As for the decision itself, the principal question is whether this is symptomatic of larger political instability.

“We see a trend towards increased nationalism originating in the fact that demographics are contributing to slower GDP growth, anaemic job growth, diverging earnings growth and a weakening impact of central bank stimulus efforts.

“The impending changes on the political horizon, the nearing end of the efficacy of central bank stimulus, negative yields and transformative nature of world economies mean that there are likely to be continued shock risks to financial asset prices. All of this means more volatility, more risk and opportunity, but a need for more attentive and dynamic care towards asset management and wealth preservation.”

“The vote for Brexit will create challenging times for British businesses and most certainly for the UK recruitment industry. However in my view the decision will have little impact on job losses or recruitment in the GCC. If anything, it will mean more UK businesses and candidates will look to the GCC for growth opportunities. Individuals and businesses that voted ‘remain’ will now be looking at their options outside of the UK and the GCC has always been attractive for business, investment and expatriates.

“This should most certainly see a boost in recruitment and further positive business sentiment for the GCC particularly within construction, hospitality, retail and professional services.

“While the GCC market and global markets have felt the impact of the oil price, particularly in Q4 of 2015 and the first two quarters of 2016, we are now seeing a small rebound. For the GCC the outlook is bright with oncoming mega projects like Expo 2020 in Dubai and the World Cup 2022 in Qatar.

“I also do not see the present situation in the UK deterring or impacting employment visas or business opportunities in the region. When one door closes another opens and the GCC is a great place to seek a new challenge.”

“The United Kingdom has a history of formal school education that goes back to the Middle Ages. With British universities such as Oxford, Cambridge, London School of Economics and London Business School among others and schools such as Eton, Harrow and St. Paul’s, I cannot possibly even fathom UK education institutions being affected when it comes to students from the GCC. On the contrary, independence from Europe may even make the British education offering more global than it already is.

“A British education is second to none and I do not see the UK’s exit from Europe being a factor in the value of a British degree. Be it at the primary, secondary or the university level, it is known to be well-rounded while academically rigorous. Even for those students looking towards the United States for their further education, we very often see families leaning towards a British primary and secondary education before their children move on to university. I do not see this changing due to Brexit.”

“For Gulf nationals wishing to live, work, study or holiday in the UK, the Brexit vote does not mean there are likely to be any significant immigration changes due to independent bilateral regulations between the UK and GCC countries.

“UK nationals are eligible for visitor visas on-arrival to all the GCC countries, except Saudi Arabia. Conversely, nationals of Oman, Qatar, Kuwait and the United Arab Emirates seeking to enter the United Kingdom for business or tourism for up to six months can benefit from an electronic visa waiver programme. These arrangements are not impacted by Brexit.

“The biggest immigration changes will be for EU citizens looking to visit or base themselves in the UK although again no one knows how far reaching those changes will be.

“There is undoubtedly concern that the imposition of restrictions on EU nationals will make the UK a less attractive destination, particularly if business visitors or tourists from some or all of the EU countries need visas in the future. But with Schengen-UAE reciprocal arrangements in place, it may make the UAE a more attractive destination to seek such opportunities.”

“Brexit will have knock on effects on the rest of the EU and the rest of the world, including the GCC. Investors face the most direct impact, the value of their UK assets and properties has already declined by almost 30 per cent, and so it’s obviously a bad time to sell.

“Other investors might also see this as an opportunity to buy, as a reduction in supply might be in the longer term a formula to adjust the market.

“On the other hand, the UK has become cheaper for GCC tourists as the pound has declined. A lower sterling also means greater opportunities for investment into the country. I would definitely consider investing in the UK, but I think the pound’s value has not bottomed out yet. “Another aspect will see the UK government have to renegotiate trade relations with the outside world. Some of the countries in the region such as the UAE have already reached an advanced stage in talks over free trade agreements with the UK, and once that’s done I believe the other GCC countries will follow in the same footsteps.

“There are a lot of benefits [to this] such as increasing exports in goods and services and lower tariffs on exported goods, although this would occur over time in a staggered manner, as well as removal or relaxation of quotas on certain imported goods that can be imported.”

“At this early stage there are still uncertainties as to what Britain’s exit from the EU will mean for the Middle East. In the near term the devaluation of the pound and the current sentiment in the UK and Europe may affect inbound travel to the Middle East to the extent that travellers will be looking for better deals. However, currently we are focussed on an upward trend of travellers from China, India and Indonesia visiting key cities in the region. Moreover, we are seeing an increase in regional travel, for both business and leisure, between the GCC and its neighbouring countries which is positive for the industry.”