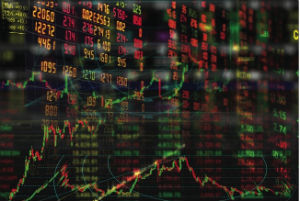 The global economy has not had an easy 2011, and traditional equity markets have been witnessing persistent volatility. With investors looking for safer platforms, forex has emerged as the most heavily traded asset class in the world, with daily average volumes reaching more than $4 trillion.

Reflecting international trends, the practice has also grown rapidly in the UAE. The first futures exchange in the region, Dubai gold and commodities Exchange (DGCX), saw its volumes increase by 52 per cent year-on-year during the first half of 2011, driven mainly by currency volumes, which rose 80 per cent during the period. In November last year, currency futures volumes increased 200 per cent year-on-year to touch 396,740 contracts, accounting for 90 per cent of total volumes traded at DgcX during the period.

Abu Dhabi-based ADS Securities (ADSS), which started operations in March 2011, has also seen a swift rise in the number and range of local investors.

“From sovereign wealth funds through to private individuals, many people are seeing the advantage of trading FX,” said Claus Nouveau-Nikolajsen, vice president for sales at ADSS.

“The fact that the liquidity in the market allows positions [investments] to be open and closed as required is a major selling point. Investors who historically traded equities often found that their investments stalled and they were unable to exit when they wanted. FX allows the trader to be in control of their positions,” he added.

According to Iskander Najjar, the CEO of Alpari ME, though the concept behind forex and equities trading is essentially the same – you buy low and sell high – the FX market has one big advantage – an abundance of liquidity.

“The popularity of forex trading has increased in the UAE and the wider region over the course of just under a decade largely due to the fact that in the early 2000s we saw a huge increase in the popularity of local equity trading,” he said. “In today’s climate, local equities have very little liquidity but in the currency markets you have major moves that can drive the market.”

Another aspect of its popularity, according to Najjar, is that there is no reliance on one side of the market. “You can ‘play both sides’, so to speak. You can buy either currency; so if the Euro goes up you are able to buy a Euro, and if the Dollar goes up you can buy a Dollar,” he said.

But trading in FX can be challenging in the current climate; international currencies have been wildly fluctuating – the Euro has been dropping dangerously, fuelled by the ongoing Eurozone crisis; the Indian Rupee managed to reach a historic low, slipping by over 20 per cent in 2011and becoming the worst- performing currency in Asia; and the US dollar, on the other hand, is currently doing well, becoming a ‘safe haven’ for investors.

“Almost all currencies have gone through a period of volatility, which for many of them is ongoing,” said ADSS’s Nouveau-Nikolajsen. “But in FX trading it is normally about working with one or two currency pairs and developing a detailed understanding of the way these trade and learning how the market data will impact them. Across the GCC, there are a number of investors who chose to trade GCC currencies as they have a detailed understanding of local market dynamics.”

Since the UAE Dirham is pegged to the Dollar, there is very little volatility against the Dollar and higher volatility against other currencies, said Najjar. “What we tend to find is people trading currencies as an asset class so as such they are perceived by investors in the same way as an equity share or stock in any of the exchanges around the world,” he said.

In terms of trading volumes, Alpari ME has seen the Euro, Sterling, Swiss Franc, Yen and the Dollar as the most popular amongst currency pairs, with the Euro- Dollar pair reaching up to 40-50 per cent of total volumes traded.

As the trading volumes in the UAE increase, the company says that it has seen a diverse range of people and companies participating in the platform.

With the forex market experiencing a “major growth paradigm,” a new generation of participants is learning to trade FX, stated Nouveau-Nikolajsen.

“This is a watershed moment for FX and in the years ahead we believe it will be a cornerstone component in the majority of serious institutional and professional portfolios. The development of technology, regulation and the issues facing traditional equity markets has created the opportunity and helped develop the markets,” he added.

“The FX industry globally is somewhat in its infancy in my opinion, although we’ve seen tremendous growth over the last five years and in the Middle East in particular we expect to see that growth double, triple or even quadruple over the next five years,” said Alpari’s Najjar.

The development of the DGCX in the UAE has been a fantastic step, he added, as it is now well established and seeing tremendous international interest.

But despite the forex industry offering tremendous opportunities, experts warn that investors have to exercise caution.

“Investors need to understand the regulations and environment that they trade under. These umbrellas are extremely important, such as where are the funds being held, how safe the clients funds are, how safe the trading partner is and whether they are dealing with a reputable company,” said Nouveau-Nikolajsen.

In FX, one currency may rise but another will also fall, so there is no specific economic event that would sink value in all currencies, said Najjar. “Access to the best sources of information offers the best way for the management of risk,” he advised.