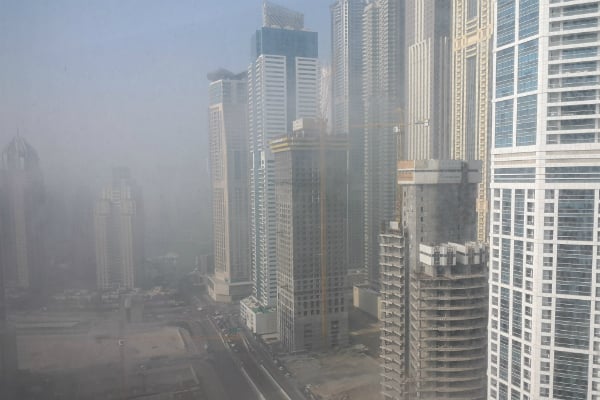 Thick fog disrupted dozens of flights to and from the UAE’s major airports on Thursday morning and motorists were urged to be cautious after a major pileup earlier in the week.

Dubai Airports’ flight tracker showed delays to at least 50 flights outgoing and incoming from around 5:00am this morning.

Emirates warned passengers to check their flight status for the latest information.

Severe fog in Dubai is causing disruption to some Emirates flights. Check your flight status for the latest information: https://t.co/tspSL6P0VK

It was a similar story at Abu Dhabi International where dozens of arriving and departing flights were delayed from around 6:10am.

Motorists across the UAE were urged to be cautious after a major pileup in thick fog on Tuesday involving 44 vehicles. More than 20 people were injured.

Abu Dhabi Police urges drivers to be cautious
due to low visibility during fog formation
And for your saftey and for the safety of others on the road, please do not be distracted by taking any videos or using your phone. pic.twitter.com/TkO9S1Qst9

A graphic posted on Twitter by the National Centre of Meteorology showed fog covering most of the country and coastline.

Videos posted by the organisation also showed extremely poor visibility on some roads.

The NCM said visibility was expected to be poor until at least 10:00am.