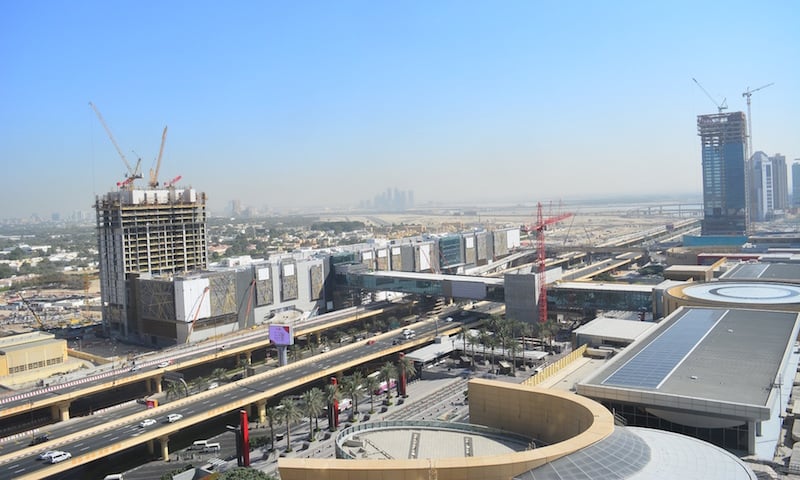 Dubai developer Emaar has confirmed that five new retail link bridges to Dubai Mall will open in February, to ease road access to the destination.

The retail link bridges connect the mall with Doha Road/Financial Centre Road and are part of Dubai Mall’s Zabeel expansion.

They are being executed by Emaar with the support of the Roads and Transport Authority (RTA), a statement said.

At a length of over 1.78 kilometres, the elevated bridges have a total deck area of about 15,000 square metres.

The longest bridge is over 765 metres while the others vary in length from 120 to 582 metres.

The bridges are buttressed by over 580 piles of varying diameter to ensure stability and strength.

The bridge spans, constructed and pre-assembled in Al Quoz, are erected over the piers to accelerate the completion, while the final steelwork connection will be made on site.

Lifted into position using heavy-duty cranes, the bridge spans will then be fortified with asphalt, and finishing touches carried out.

Work on the bridge spans are being done with the support of Dubai Police and RTA in the early hours of the morning to minimise disturbance to drivers, the statement added.

The new retail bridge link will be the third in Downtown Dubai – Emaar has already opened link bridges from the Dubai Metro station as well as between Address Boulevard and the Metro Link.

The Dubai Mall, which celebrated its 10th anniversary last year, has welcomed over 80 million annual visitors for the past four consecutive years.

According to estimates by the Dubai Department of Tourism, about 98 per cent of all annual visitors to the city visit the mall.