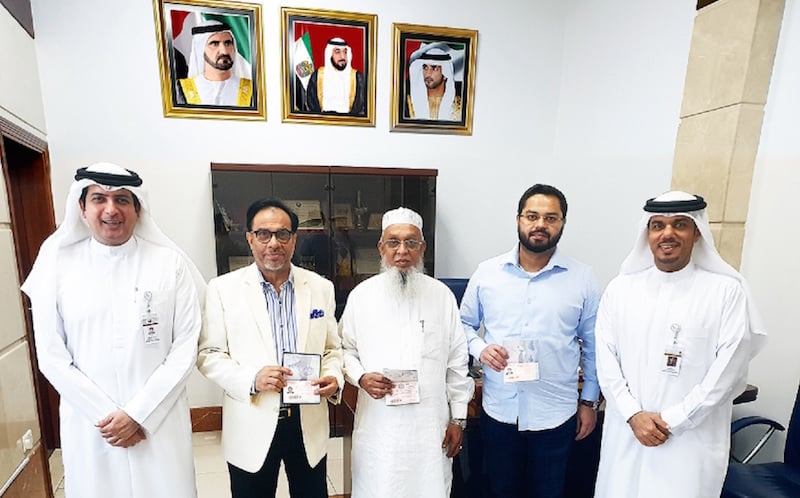 Five Bangladeshi expatriates have been granted the UAE’s gold card permanent residency visas so far, it was revealed on Thursday.

Two Bangladeshi businessmen from the same family and same company – Al Haramain Group – were the latest to receive the visas earlier this week.

Al Haramain Group has diversified business interests in perfumes, tea, banking, education, healthcare and hospitality sectors, and currently owns more than 20 business establishments across the GCC, Bangladesh, Malaysia, the UK and US.

“The gold visa is an honour for me, my family and my country Bangladesh. This will encourage us to investment more in to the UAE economy and help the UAE economy expand more.”

Mahbubul Alam Manik, a Dubai-based industrialist, and Akhter Hossain, a Ras Al Khaimah-based businessman with interests in real estate and retail activities are the other two Bangladeshi nationals who have received the long-term visas.

Bangladeshi nationals own more than 50,000 businesses in the UAE and employ more than 150,000 people, a statement said.

The UAE launched the permanent residency scheme for expatriates in May this year, targeting investors and exceptional doctors, engineers, scientists and artists.