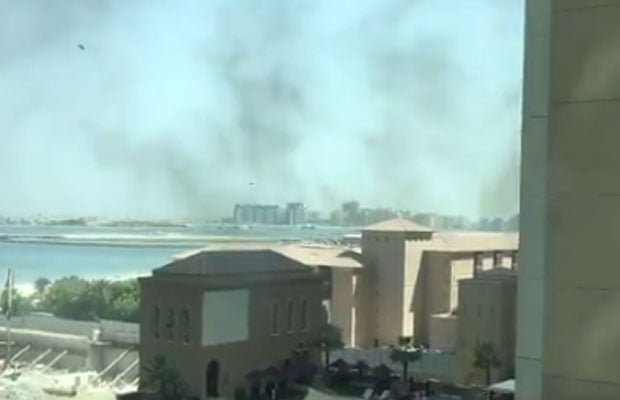 A minor fire occurred at the Movenpick Hotel Jumeirah Beach Dubai on Monday, the third within a week to break out in the Dubai Marina area.

Smoke could be seen rising from the building in a video posted to Twitter around 10am.

Fire at the Mövenpick. Hope everyone is safe! #Dubai pic.twitter.com/Ys37ZZE2Pe

The hotel also later confirmed that a fire had occurred in its premises.

“The fire was swiftly brought under control and all guests were safely evacuated,” it said in a Twitter post around 11am.

“Our guests and colleagues are back in the hotel. We thank Dubai Civil Defence for their support.”

In a statement provided to Gulf Business, Movenpick added that the “minor fire” was reported on the second floor of the hotel about 10am.

“Our team responded rapidly to the incident and coordinated efforts to ensure the safety of our guests. The police and civil defence were informed and the fire was swiftly brought under control.

“All our guests and staff members were safely evacuated, accounted for, and returned back to the hotel within an hour. We cannot provide further details as the cause of this incident is being investigated by the local authorities.”

On Sunday, another minor fire occurred on a balcony at the Tiger Tower, causing the building to be evacuated. No injuries were reported.

It followed a massive blaze across the road at Torch Tower early on Friday morning – the second time the 86-floor building has caught fire in two years.

Again, there were no injuries, but residents have been unable to return to their apartments while the investigation takes place.