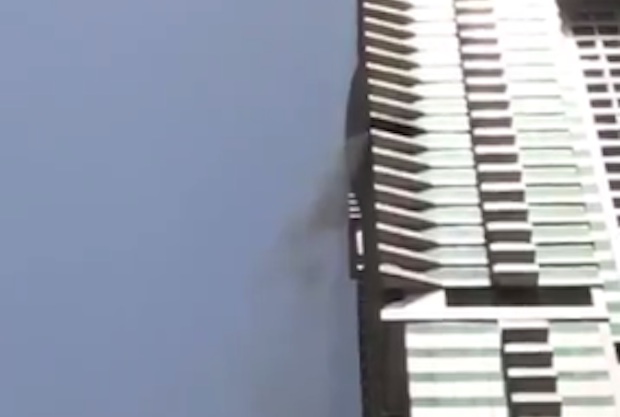 A minor fire broke out at the Tiger Tower in Dubai Marina on Sunday, following a major blaze at the Torch Tower – located across the street – during the weekend.

Smoke was seen rising from the upper stories of the Tiger Tower, according to videos posted on Twitter.

A security guard at the scene told Gulf Business the fire started on the 53rd floor. Dubai Media Office clarified the “minor fire” started on a balcony, and no injuries were reported.

Dubai Civil Defence officials managed to quickly extinguish the blaze, and within half an hour, residents gathered at the entrance were told they were able to re-enter the building. 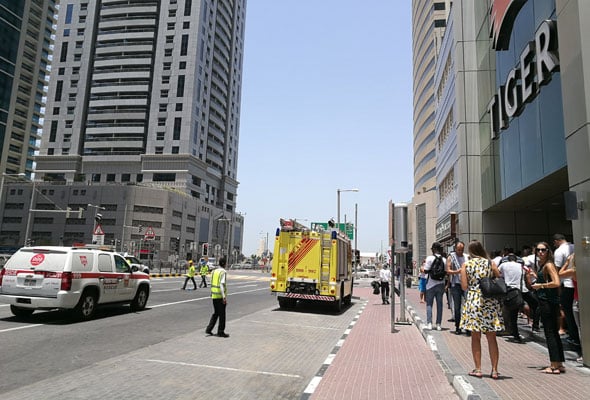 The incident comes after a massive fire broke out at the 86-floor Torch Tower in Dubai Marina early on Friday morning. The blaze was put out without any injuries being reported.

This was the second time the tower – believed to be the fifth tallest residential building in the world – has caught fire in the last two years.

The exact cause of the previous blaze in February 2015 is unknown, but there is speculation it was started by a barbeque or shisha coal left out on a balcony.