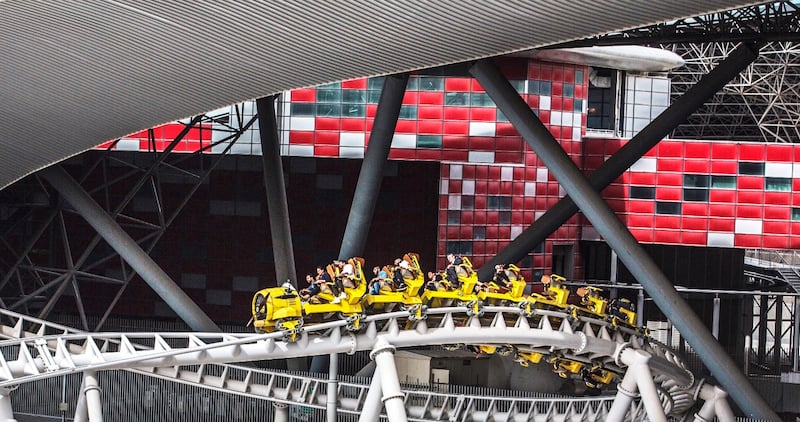 Theme park Ferrari World Abu Dhabi will be allowing visitors to enter for free with the option to pay for specific rides during Ramadan.

The offer extends to all the visitors on weekend evenings, from 6pm to 10pm on Thursdays, Fridays and Saturdays.

Ticket prices for each ride have been set at Dhs60, and visitors can have unlimited access to rides for Dhs100. The unlimited rides pass excludes Karting Academy, Simulators and Driving Experience.

A regular ticket costs Dhs295 for a day pass.

Other parks in Yas Island including Yas Waterworld and the recently opened Warner Bros. World have also revealed Ramadan offers.

Those buying annual passes for Yas Waterworld will receive a 50 per cent discount, with the passes now priced at Dhs495 for adult and junior passes.

Meanwhile the park is also offering a 50 per cent discount on single day tickets, with prices now fixed at Dhs130.

However the offer is valid during Ramadan only to UAE residents.

Yas Waterworld, which opened in 2013, features more than 40 rides, slides and attractions.

Meanwhile Warner Bros. World Abu Dhabi will offer those visiting after 6pm on Thursday and Friday access to an iftar buffet during Ramadan.

Ticket prices have bene set at Dhs249 for adults and Dhs199 for children.

The park will be operational from 10am to 6pm from Saturdays to Wednesdays, and extended till 10pm on Thursdays and Fridays.

More time for more rides and fun with your favorite characters: Warner Bros. World Abu Dhabi is open till 10:00 PM on Thursdays and Fridays during Ramadan #Ramadan #extendedhours #WBWorld pic.twitter.com/2eO6iza7oK

Interview: How Flash Entertainment is showcasing Abu Dhabi as a global sporting and entertainment hub