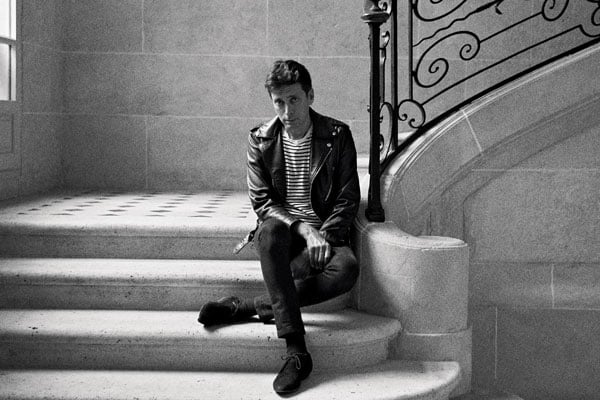 This is one of those caustic upheavals where an incoming creative director decides not to just rewrite the brand’s foundational codes, but completely rip up the house rulebook.

But given the radical plans that parent company LVMH had for Celine, the appointment of an antihero like Slimane was necessary.

Slimane has a highly accomplished career. Between 2000 and 2007 as creative director at LVMH’s Dior Homme, his trademark skinny suits were such a rage that Karl Lagerfeld reportedly shed 92 pounds just so that he could wear one. Slimane shifted the vision of the ideal male physique from Adonis to androgynous, which is why it wasn’t uncommon back then for Madonna to be wearing a Dior Homme creation.

In 2007, seemingly jaded by the fashion world, he quit and went to LA where he worked as a photographer for five years. But by 2012, Yves Saint Laurent offered him a chance to reprise his standing in the fashion world by appointing him the creative director of both the menswear and womenswear division.

For many, Slimane although supremely talented, bordered on insufferable when it came to dealing with fashion’s veterans. He would famously relegate key media accustomed to being seated at the front row to the second and the third row and even once reportedly told Kanye West in 2013 that if the music mogul wanted to attend his show, he couldn’t attend any other show.

Whatever you think of Slimane’s management style, you can’t quarrel with the fact that during his stint, YSL’s pro ts tripled between 2011 and 2014 and it went from an EUR400m company to a EUR1bn ($1.15bn) juggernaut by the time he le in 2016.

That’s the kind of success that doesn’t go unnoticed. When LVMH boss Bernard Arnault hired Slimane in January this year to lead Celine, he vested him with sweeping powers. He was appointed the artistic, creative and image director giving him complete control over not only the fashion department, but also over the store designs, ad campaigns and even the logo. Celine’s revenues were already hovering around the EUR1bn mark by the time Slimane came on board, but Arnault now has to considerably raise those figures.

Slimane was tasked with introducing menswear for the very first time into the 73-year-old Parisian brand’s arsenal. The brief also included infusing the brand with a rock ’n’ roll aesthetic, in other words to make it more appealing to millennials.

But to do that would be to alienate a fiercely loyal tribe of followers that swore by the work of Celine’s former creative director Phoebe Philo. Philo was the creative head at the brand for a decade starting in 2008 until Slimane was appointed. Her image of womenswear was one of that was suited best to working women. Her loyalists were so intensely protective of Philo, her work and what she stood for that they were collectively known as Philophiles.

The tastes of millennials are more abrasive and don’t vibe harmoniously with the image that Philiophiles were accustomed to over the last decade. Slimane was going to take a sledgehammer through Philo’s work.

In September at the Spring Summer 2019 show, it became clear exactly what that vision was for the brand. As the Financial Times outlined, it was all about “groupie boy tailoring and broken ballerina dresses in which a 17-year-old girl might walk the streets”. As for the menswear, it wasn’t unfamiliar territory – think cropped tuxedo, white shirt, black skinny tie, monk strap shoes and pointy oxfords.

The rabid criticism from some quarters that followed wasn’t unexpected. While he has severely antagonised Philophiles, to Slimane’s credit he has an equally devoted following of restless liberal creative types around the world. Slimane and LVMH are betting that the commercial might of his following is enough to risk forever severing the umbilical cord with the Philophiles.

The Hollywood Reporter even went as far as to ask the question whether Hedi Slimane was the Donald Trump of fashion. But if there’s only one thing that you should know about Slimane by now it is this: He is critic-proof.

The fashion honcho has excised the accent from the first “e” in the brand name, a practice of rebranding that he seems to have perfected from changing Yves Saint Laurent to Saint Laurent. His focus areas apart from expanding on the menswear line are also to develop the fragrances and accessories divisions at Celine.

The front row of a fashion show, a space particularly tightly controlled by Slimane, is a healthy indicator of not just the brand’s curious fans, but also its most ardent believers. In the case of the SS19 show earlier this year at the Hôtel des Invalides in Paris’ seventh arrondissement, the front row included Lady Gaga, Karl Lagerfeld, Virgil Abloh, Mark Ronson and Alexa Chung, among others.

But certainly the most important was the presence en masse of the fashion world’s first family – the Arnaults – represented by Helene, Delphine, Frederic, and Alexandre. And, of course, Bernard himself. That’s as much of a seal of approval that Slimane will ever need.