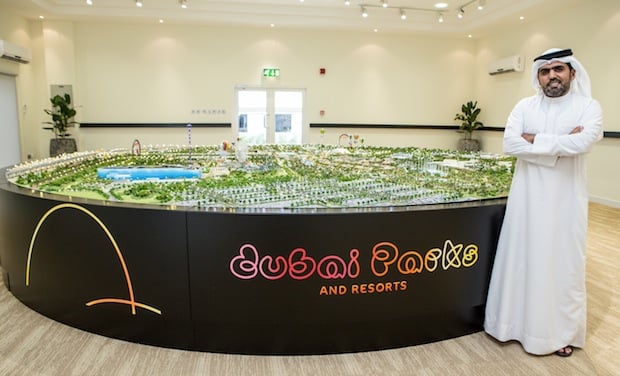 Dubai Parks and Resorts – the region’s largest theme park complex which officially opened this week – may have a fifth park come up in the future.

Also see: Pictures, video: Inside Dubai Parks and Resorts as it officially opens

Work has also begun on a fourth new park – Six Flags Dubai, which is expected to include around 27 rides and attractions.

The first Six Flags theme park in the Middle East, it is scheduled to open in Q4 2019.

However, the operator of Dubai Parks – DXB Entertainments – has already started working on a fifth possible addition.

“We have plans to add a fifth park. We are still working on it – it’s an amazing idea but it’s at the conceptual stage at the moment and once it’s the right time we will go out and expand it,” he said.

He refused to reveal any further details.

DXB Entertainments holds exclusive rights to develop and operate Six Flags-branded theme parks across the GCC, but earlier this year, a waiver was granted to develop the brand in Saudi Arabia.

“Saudi Arabia and UAE have a very strong relationship and we gave the rights to them,” said Al Nuaimi.

“But we have instructions to help the Saudi government with everything possible to have that park up and running. So if we are asked to go tomorrow – we will go tomorrow,” he added.

Looking ahead Al Nuaimi also expressed confidence that the region can create its own theme park brands.

“We can definitely create new brands here – maybe not as strong as the US, but we have already seen locals create animations, and from animations you can create new IPs [intellectual properties].

“For instance we have created Luna and Nova as our ambassadors of Dubai Parks and Resorts, and we have created a story behind them. And we want to expand that and create an IP from Dubai and take it elsewhere. It is very possible – but we will assess it in the future and see,” he added.