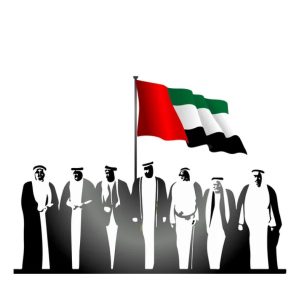 UAE gears up to celebrate the 51st National Day celebrations in the coming week with special events planned this year. The cabinet has announced a four-day holiday for the public and private sector. Citizens, residents and visitors can enjoy a vast array of spectacular entertainment, dazzling firework displays and unmissable retail promotions during the long weekend.

Here is a line-up of events, promotions, deals, offers and celebrations to look out for in Dubai and Abu Dhabi.

People can expect to be dazzled by spectacular fireworks which will take place at the Corniche, Al Maryah Island and Yas Island in Abu Dhabi on the evenings of December 2 and 3. While in Dubai people can view some stunning fireworks displays in Al Seef, The Pointe, Global Village, JBR beach and Bluewaters.

Dubai Festivals and Retail Establishment (DFRE) has announced a concert from acclaimed performers Eida Al Menhali and Dalia Mubarak on December 2. Taking place at the Al Wasl Plaza at Expo City from 8:30pm, tickets for the show are now available online from Dhs100.

Celebrate UAE National Day with a vibrant display of colours as fireworks light up the Dubai sky on 2 December at Al Seef, The Pointe, The Beach, opposite JBR, Bluewaters & Dubai Festival City Mall as part of 10 days of celebrations. pic.twitter.com/o2lCvc70km

Guests will be able to enjoy a special orchestra made up of 33 talented musicians who will be performing a selection of traditional songs on the main stage, including the UAE national anthem at the Global Village in Dubai. A violinist and harpist will also be performing a selection of popular Emirati songs. The main stage will also host a range of cultural shows from the 27 pavilions represented at Global Village.

A special programme of cultural and entertainment events will take place at the Sheikh Zayed Festival in Abu Dhabi on December 2 and 3. Drone shows will light up the Al Wathba skies; expect fireworks display as well as Emirates Fountain and laser shows which will showcase spectacular water and light formations featuring colours of the UAE flag, as traditional Emirati songs play in the background.

A host of activities will also take place at the Festival Plaza, Jebel Ali showcasing Emirati culture and traditions. Legoland Dubai is inviting guests to build the world’s largest UAE Lego Minifigure Flag to mark the National Day in Miniland. Kids can also participate in the ‘Parkwide Scavenger Hunt’, and learn some interesting UAE facts.

Shoppers at Dubai Mall, Dubai Hills Mall, Dubai Marina Mall, Waterfront Market, The Springs Souk can indulge in a range of fun-filled activities with the family. At Dubai Mall, a rotating schedule of four shows can be enjoyed, including a spectacular flag show to kick off the celebrations. Since preparations are at its peak, the Dubai Police have urged people to follow the rules to ensure public safety.

The UAE has announced Commemoration and National Day holidays for the private and public sector, starting tomorrow, December 1. Work will resume from Monday, December 4.

Insights: How the creative sector is amplifying the UAE’s national identity