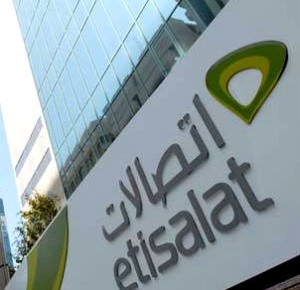 Etisalat will soon allow foreigners to own its shares, according the operator’s chief executive.

Ahmad Abdulkarim Julfar has revealed new laws are currently being developed by Emirates Investment Council to allow the sale of shares to foreign owners.

Speaking to Al-Khaleej newspaper, Julfar said: “Etisalat to allow foreigners to own its shares soon.”

The telecommunications company’s CEO also revealed that Etisalat has ruled out making new acquisitions until 2014 given the political and economy instability in the region.

He also added that more time is required to access real opportunities in the telecoms sector and Etisalat won’t be looking to make any new investments in India, where the company is currently working to liquidate its licence.

Last week, Gulf Business announced Etisalat’s net profit during the second quarter of the year rose 17 per cent compared to the same period in 2011 to hit Dhs1.9 billion. The amount also marked a three per cent growth over the previous quarter.

The company’s consolidated revenues reached Dhs8.25 billion, an increase of four per cent year-on-year, while EBITDA rose by 16 per cent to Dhs4.3 billion.

Etisalat, which operates in 16 countries, said that revenue from international operations grew by 14 per cent to Dhs2.3 billion.

The operator also announced it may raise its holding in Saudi Arabia affiliate Mobily, which could give a major boost to its bottom line if it took a majority stake.

Julfar said Etisalat could also raise its stakes in other affiliates in high growth, high population markets such as Nigeria and Pakistan.

Etisalat to support 2G switch off by 2022

Etisalat unveils a suite of collaboration solutions in UAE