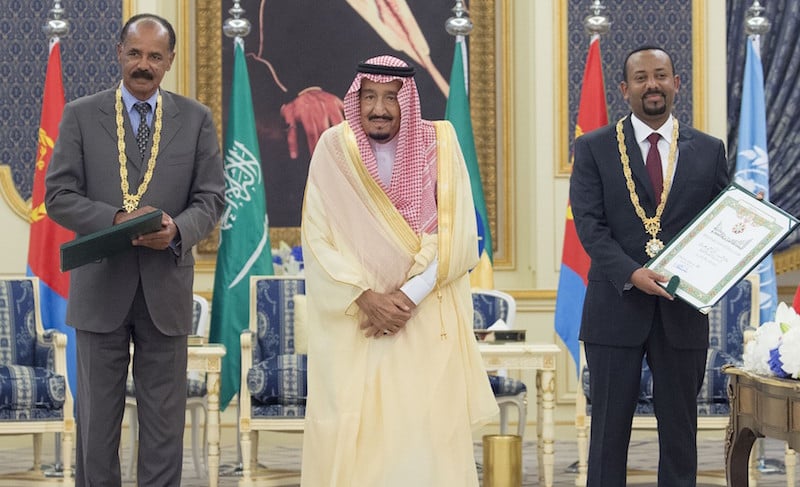 The Ethiopian and Eritrean leaders signed a “joint declaration of peace and friendship” on July 9, normalising ties between the longtime foes who waged war against each other between 1998 and 2000.

Further details of Sunday’s peace agreement signed in the Red Sea city of Jeddah and announced in a statement by the Saudi government were not immediately available.

The agreement “will contribute to strengthening security and stability in the region at large,” said Saudi Arabia’s foreign minister Adel al-Jubeir on Twitter.

The Ethiopian and Eritrean leaders “expressed their appreciation” to King Salman and the crown prince for their support of the peace deal, the statement said.

It is not clear what role, if any, Saudi Arabia played in brokering the peace agreement reached two months ago.

Gulf neighbour the United Arab Emirates (UAE) has said it helped bring the countries together. Reuters has reported that the UAE has privately taken credit for the deal.