Emirates to operate one-off A380 flight to Colombo - Gulf Business 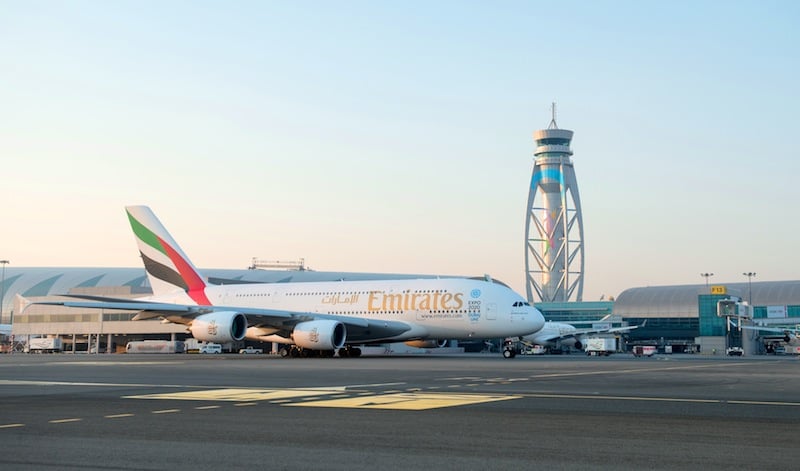 Dubai airline Emirates will fly its flagship A380 aircraft on a one-off basis to the Sri Lankan capital city of Colombo next month.

The flight is being operated to ‘celebrate’ the resurfaced runway at the Bandaranaike International Airport (BIA) in Katunayake, Emirates said in a statement.

The special flight, operating as EK654 from Dubai, will be the first A380 aircraft to disembark passengers in Sri Lanka after completing a commercial service.

It will arrive at 4.10pm on Monday, August 14, and be on ground for more than six hours before it returns to Dubai as flight EK655 departing at 10.10pm.

Emirates began operations to Sri Lanka in April 1986 and operates a total of 34 flights a week from Colombo – 27 flights westward to Malé and Dubai and seven eastward to Singapore connecting onwards to Melbourne, Australia.

“Colombo has welcomed us from the day Emirates commenced daily flights from Dubai in 1986, just a year after the airline launched its operations,” said Ahmed Khoory, Emirates’ senior vice president, West Asia and Indian Ocean.

“We are honoured to work alongside the city, airport, and the Sri Lankan Civil Aviation authorities, to bring our flagship A380 to this destination. For BIA and for aviation enthusiasts in Sri Lanka, this will certainly be a special day.”

Emirates now flies the A380 to 47 destinations worldwide, after introducing the jumbo jet to France’s Nice Cote d’Azur International Airport from early July.

The world’s largest A380 operator with 95 aircraft in its fleet and a further 47 on order – Emirates has flown over 80 million passengers on the aircraft since 2008.