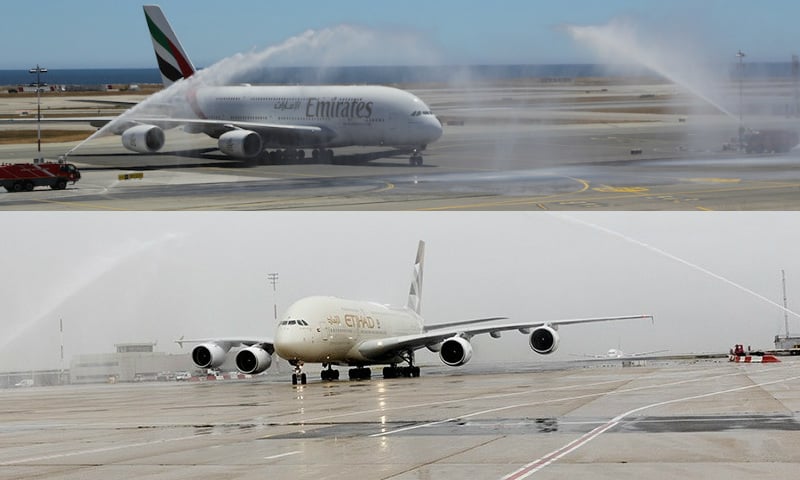 UAE airlines Emirates and Etihad introduced the Airbus A380 jet on routes to France on Saturday.

Emirates operated its inaugural A380 service to Nice Cote d’Azur International Airport on Saturday, replacing the existing Boeing 777-300ER used on the route.

The double-decked A380 will “serve the strong customer demand” on the route, the airline said.

With the addition of Nice, Emirates now flies the A380 to 47 destinations worldwide.

Emirates – the world’s largest A380 operator with 95 aircraft in its fleet and a further 47 on order – has flown over 80 million passengers on the aircraft since 2008.

Meanwhile Abu Dhabi airline Etihad Airways also introduced the A380 aircraft on one of its two daily services to Paris.

The new service has been introduced early to meet seasonal demand from July 1 to October 28 and December 15 to February 15, 2018, the airline said in a statement.

“Paris is a city loved by all of us in the UAE. We have also seen an increase in the number of French visitors we are welcoming to Abu Dhabi.”