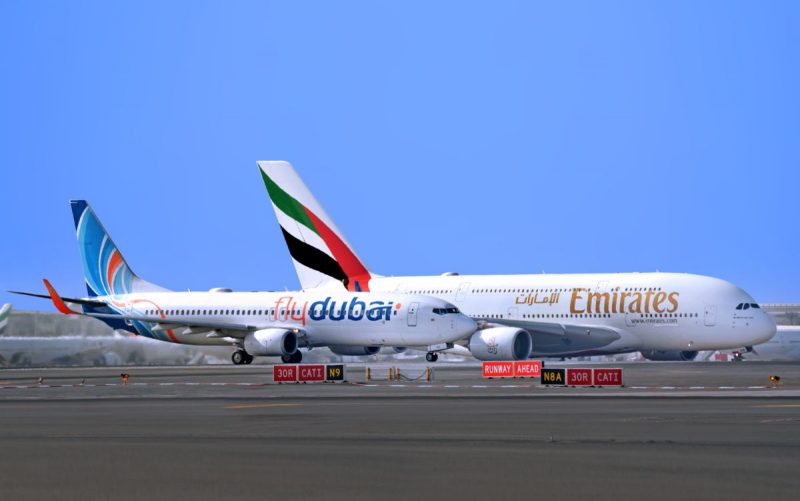 Dubai airlines Emirates and flydubai will be increasing their network of codeshare flights this year as the carriers look to strengthen their partnership.

The partnership, which came into effect at the end of October 2017, started with codeshare flights to 29 cities, and has since expanded to 84, including new flydubai destinations such as Catania, Krakow, Dubrovnik and Helsinki.

During 2019 the network of codeshare flights will be further expanded, with the launch of new flydubai destinations Naples and Budapest, and “several others that will be announced in due course”, a statement said.

The combined network of Emirates and flydubai is also expected to grow from 216 at present to reach 240 destinations by 2022, the statement said.

“The partnership between Emirates and flydubai has really taken off and we are very pleased with what has been achieved,” said Sheikh Ahmed bin Saeed Al Maktoum, chairman and CEO of Emirates Group and chairman of flydubai.

“It has not only delivered tangible benefits to our collective customers, but also to both airlines in terms of the synergies that come with working closely together, for example reducing route overlaps and the realignment of schedules to common destinations,” he said.

Since 2 December last year, flydubai flights to 11 cities started to operate from Terminal 3 at Dubai International Airport to help improve the connections between the airlines.

During this year, more flights, including Naples and Budapest, will be departing from Terminal 3, the statement said.

Flydubai adopted Emirates Skywards as its programme in August last year and since then, over 125,000 Skywards members have flown and earned almost 300 million miles on flydubai flights.

Skywards members have also used their miles to partially or fully pay for over 10,000 flydubai tickets, the statement said.