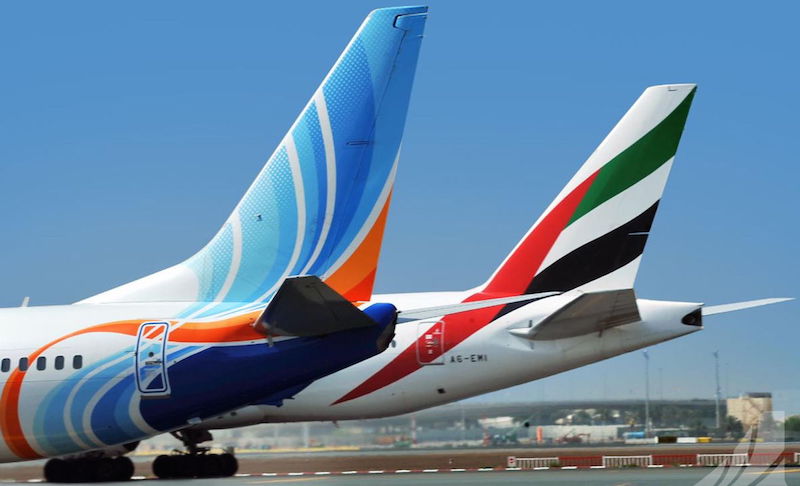 Flydubai has announced that flights to 10 of its destinations will move from its current operating base of Terminal 2 to Terminal 3 at Dubai International airport as part of its partnership with Emirates.

From December 2, 2018, flights to Belgrade, Bishkek, Bucharest, Catania, Dushanbe, Helsinki, Krakow, Prague, Rostov-on-Don and Salalah will operate from Terminal 3, it said in a statement.

Until then, flights to these destinations will continue to operate from Terminal 2.

Passengers who have booked to travel after December 2 to the 10 destinations will receive communications from flydubai ahead of their date of travel informing them of the change in flight number and terminal, the airline said.

Other services will continue to operate from Terminal 2 and Dubai World Central.

“The destinations have been chosen to help improve the connection between Emirates and flydubai. Further flights operating from Terminal 3 will be added in the summer schedule in 2019, ” the statement said.

The move comes as part of the Dubai airline’s partnership with Emirates announced last year to improve synergies and cut costs. Along with codeshares, the two airlines are working together on “commercial, network planning, airport operations and the alignment of the frequent flyer programmes”, the statement said.

Emirates currently operates all its flights out of Terminal 3.

“As part of this next phase flights to 10 flydubai destinations will operate from Terminal 3 optimising connectivity for their passengers from the world’s busiest airport.”

Earlier this month, flydubai announced that its customer loyalty programme OPEN would be replaced with the Emirates Skywards programme from August 1.

“It’s been a long time coming but flydubai’s initial flights out of Terminal 3 was always going to be a smart move,” opined Saj Ahmad, StrategicAero Research chief analyst.

“Alongside the recent news of Skywards becoming the single reward scheme for both airlines, flydubai is flexing it’s muscular efficiency to make the most of capturing transit passengers as well as being able to carry passengers from Emirates-originating flights from across the globe.”

Flydubai said more than 650,000 people had benefited from its partnership with Emirates since it began last July.

Together the two airlines fly to more than 200 destinations and are codesharing on almost all of Flydubai’s new routes including flights to Sicily launched in late June.