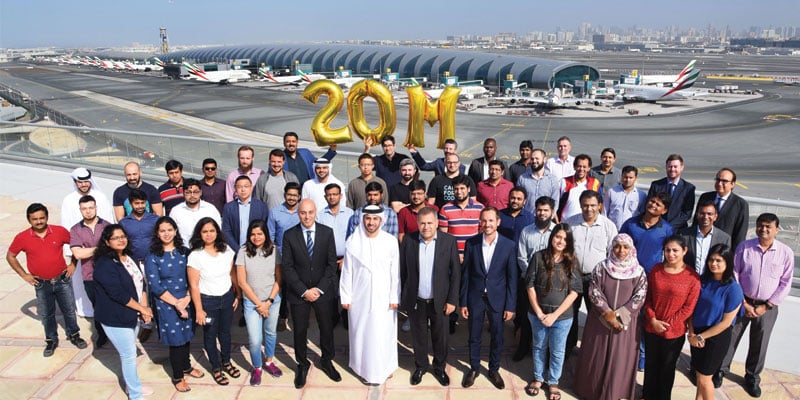 The Emirates airline mobile app crossed 20 million downloads, and has seen a surge of users from Africa, GCC countries and Asia.

Emirates has said that every month there are, on an average, more than 1 million check-ins performed via mobile devices, representing more than 60 per cent of all online check-ins, which in turn account for 50 per cent of total check-ins.

The app is available in 19 languages – more the any other airline app in the world – including Mandarin and Arabic.

While it is already available on the Google Play and Apple Store, it was recently added to the Huawei AppGallery too.

In September, Emirates said that the membership of its flyer programme Skywards had crossed 25 million and that it was adding nearly 10,000 Skywards members a day.

The airline over the last 18 months, has introduced features on the app including allowing users to create a personalized ice playlist so that they can decide which content to view during their flight, and then synchronize it with the airline’s on-board system.

Apart from the feature that allows users to navigate through DXB and find their gate, the app now also allows users to view 3D cabin models to view the placement of their seating option within the cabin.

The app recently began facilitating the use of Emirates Skywards points to bid on tickets for sought-after sports and cultural events sponsored by Emirates around the world.

Emirates shared other insights regarding their app including that its most popular content was the in-flight dining menu, whereas the most popular activities undertaken on it are flight searches followed by checking-ins and accessing mobile boarding passes.