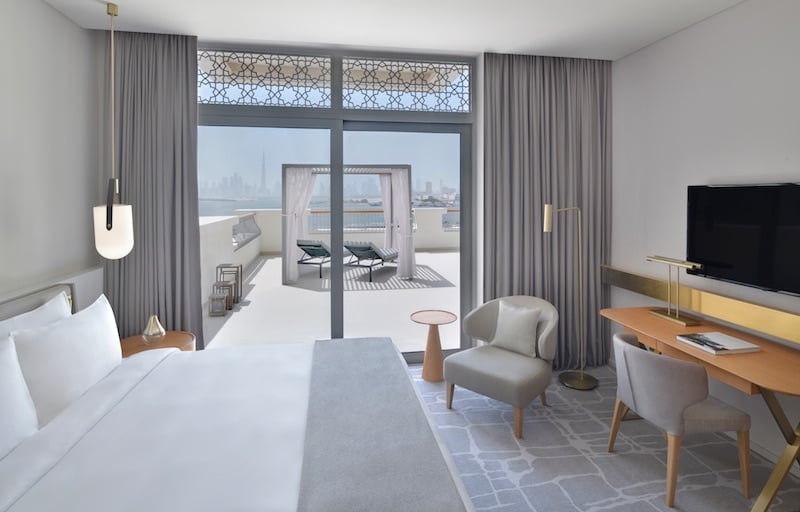 Dubai’s Emaar has opened its fourth Vida hotel at Dubai Creek Harbour, it announced on Wednesday.

Vida Creek Harbour features 286 rooms and suites with views of Dubai Creek Harbour and Downtown Dubai. The rooms offer complimentary wifi and amenities include five meeting rooms and co-working spaces, a fitness centre and a pool.

Dining outlets include Stage2 – a lounge – and the Courtyard – which offers mediterranean and modern European cuisine.

It will feature the Dubai Creek Tower – set to become the tallest tower in Dubai when complete, as well as Dubai Square, a mega ‘tech-driven’ retail project which will offer 8.07 million sq ft of gross floor retail space – nearly double the gross leasable area of Dubai Mall.

It will also include Creek Island Dubai with the Creek Marina, which will have retail, dining and leisure venues, a yacht club, three hotels, a promenade, pedestrian walkways, and art installations.

When completed, the mega development will be home to over 200,000 people.

Also read: Emaar to open five new hotels with over 1,370 rooms in Dubai this year