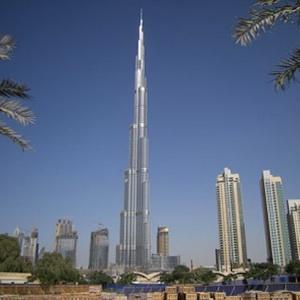 Emaar, builder of the world’s tallest tower, Burj Khalifa, is seeking to take advantage of tightening spreads to raise cheap financing as well as strong global demand for sukuk.

Final pricing is due later in the day, with order books said to be in excess of $4.5 billion.

Pricing at launch for the sukuk was tighter than guidance released on Wednesday, signalling strong appetite for the deal.

Yields on Emaar’s existing $500 million sukuk, issued early in 2011 at 8.5 per cent and maturing in 2016 have tightened since the borrower announced pricing for its latest issue.

The outstanding sukuk was bid at 109.5 cents on the dollar on Thursday morning, to yield about 5.8 per cent, tighter from about 6.1 per cent on Tuesday, according to Thomson Reuters data.

Shares in Emaar, which is 32 per cent owned by the Dubai government, were trading 1.3 per cent higher at 0800 GMT on the Dubai bourse.