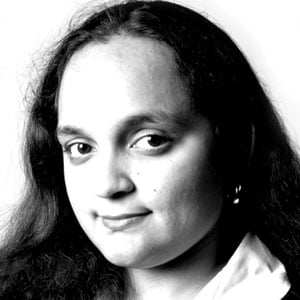 At the very outset, I have to admit that I’m not an auto-journalist. I don’t drive cars to judge them. I drive them for transport, although, I do, at times, particularly enjoy the experience.

Having never driven an electric vehicle before (I suspect true of many Dubai residents), I was wary of driving one, expecting the performance of an e-car to be different (slower mostly).

However, I was pleasantly surprised when I test-drove a Tesla Model S 85 at the recent Michelin Challenge Bibendum event in Chengdu, China. The car was completely sound proof – you are in a quiet and confortable bubble insulated from the sounds outside and it drove like a dream.

Boasting 380 horsepower, the car is more powerful than many of its gas-guzzling rivals, and easily accelerated at the short track in Chengdu (officially, it goes from 0-60 mph in 5.4 seconds). The suspension was also great, and tackling a speed hump was a breeze.

With a top speed of 140 mph, the battery-operated vehicle can go 285 miles at 65 mph, according to its maker.

On the inside, the car features a fancy (big) screen that lets you adjust all your settings, the seats are comfy, and the boot space is massive.

Overall, I stepped out from the car quite impressed, and also convinced that a car like this is what is required on Dubai’s roads.

Sitting in on the various sessions during the Michelin event – where international experts discussed sustainable urban mobility, it was obvious that Dubai didn’t exactly fit in with the picture painted of an ideal city for sustainable mobility (where most people primarily use public/ shared transport or electric cars).

People in this part of the world love their gas-guzzling vehicles, with a special fondness for luxurious supercars. The culture of the place demands people of stature to own flashy vehicles, and even during a short drive on Sheikh Zayed Road, you can possibly tick off an entire list of the world’s most expensive cars.

The reasons to switch away from this kind of a scenario are few; fuel prices are cheap by global standards, the temperature is exceedingly hot during most months, roads are great, and public transport options, although growing, are still not adequate to meet demand.

Experts at the conference admitted that changing the mindset of people in this part of the world – to make a switch to more sustainable modes of transport – is no easy task.

Several other issues also need to be tackled, even as technology moves towards becoming more smart.

The brand is quickly gaining popularity across the world – it was introduced in China earlier this year, reached Japan in September and is also now entering the Indian market. In the first nine months of the year, Tesla said it delivered 21,821 cars—up 40 per cent compared to the same period a year ago.

If driving an uber-luxurious electric car is seen to be the new status-symbol on Dubai’s roads, it could slowly lead to a significant leap in the move towards sustainable mobility.

Aarti Nagraj is the news editor at Gulf Business.