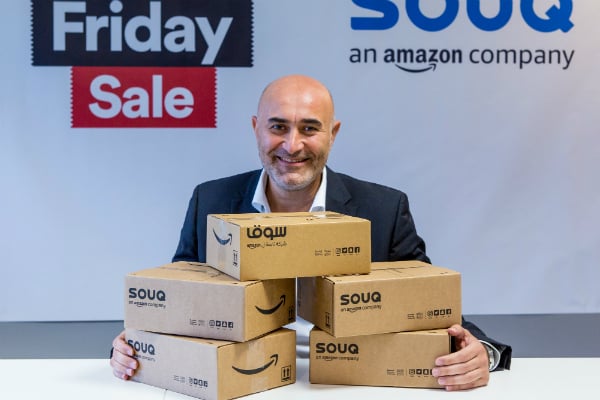 Dubai-based online shopping site Souq.com is gearing up for a record sales weekend after quadrupling its product portfolio under the ownership of Amazon.

The site is now undertaking similar preparations as its parent, which is preparing for next week’s Black Friday in North America.

“The selection on Souq has changed drastically over the last seven-to-eight months. We’ve gone from almost 2.5 million to near 8.5 million so a lot of choice to customers and with that the number of brands cooperating and working with us on the event has grown to about 16,000 brands,” Mouchawar said.

The company is also utilising Amazon’s fulfilment expertise and infrastructure and servers at Amazon Web Services as it prepares for a dramatic increase in traffic across its markets in the Gulf Cooperation Council and Egypt.

Mouchawar indicated there were no plans to expand this footprint for now due to the “untapped potential” still available there.

Souq dominates the market at present but is facing new competition from $1bn rival platform noon.com, which launched in the UAE at the end of September.

Mouchawar said the market still had “huge room” to grow with the “potential for many winners and players” indicating there would be room for both players for the immediate future.

Integration with Amazon is still ongoing and the company is offering more and more of its parent’s products and features.

Others it is rolling out on its own including a new card on delivery service as more and more regional customers transition from cash on delivery to online payments.

The State of Payments report released by Souq unit Payfort last month showed security concerns were the main reason why more than half of cash on delivery customers in the Middle East chose the payment method.

Cash on delivery is still the preferred option for more than half of online shoppers in the Middle East.

“We’re seeing quite a lot of shift because of the use of mobile. Customers on mobile are much more comfortable, they don’t want to repeat transactions done before so they’re able to save credentials. We’re seeing massive progress especially in the UAE where we have a large customer base that do possess credit cards,” Mouchawar said.