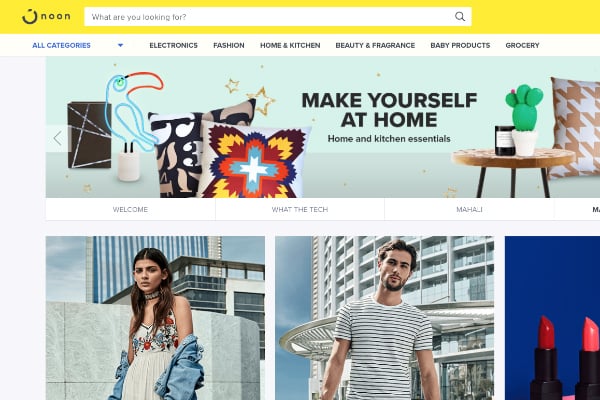 Noon.com, the $1bn e-commerce site backed by Saudi’s Public Investment Fund (PIF) and Dubai billionaire Mohamed Alabbar, will launch in Saudi Arabia by the end of this year, its CEO has said.

Faraz Khalid, the former Namshi managing director who took the CEO position in July, confirmed the plans at the Future Investment Initiative summit organised by the PIF in Riyadh this week.

The Saudi-headquartered site quietly went online in the UAE at the end of September, several months after its originally scheduled January launch date.

Khalid replaced Fodhil Benturquia, who departed along with several other staff members earlier this year.

He said the company had already put in place a dedicated distribution hub, distribution channels and a secure payment gateway for serving Saudi customers.

It also has a dedicated delivery fleet in the kingdom.

“Noon is working not only with large Saudi retailers but also SMEs and start-ups so that we remain connected with our audience – and deliver the personalised experience they seek,” he said.

“Noon is bringing an exciting assortment of brands at great value which we believe will be received well by our customers in our key markets – Saudi Arabia and the UAE,” Khalid said.

The site will compete with incumbent Souq.com, which was officially acquired by US online retail giant Amazon in July for an estimated $650m.

Outside of the PIF and Mohamed Alabbar, Noon’s other backers include Kuwaiti retail group Alshaya.

Read: Retailer Alshaya invests in Alabbar’s Noon ahead of its launch this year