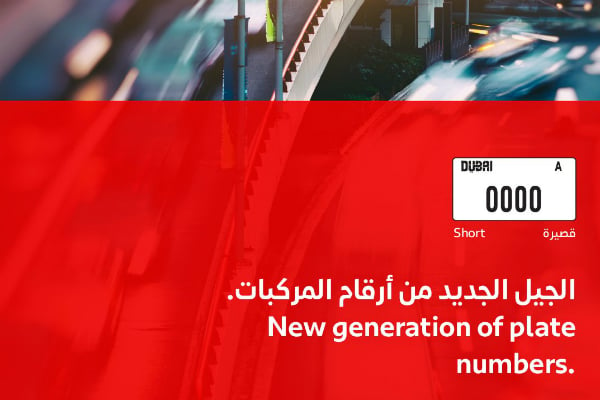 Dubai’s Roads and Transport Authority (RTA) has warned that it will begin mandatory registration of vehicles under a new number plate system next year.

The RTA said on Twitter the plates would be introduced for new vehicles from January.

Existing vehicles will also be able to apply to switch plates from the beginning of next year. The cost of this process was not disclosed.

All vehicles in Dubai will be required to have the generation of vehicle plates from January 1, 2020.

Government and private sector institution vehicles will need to be registered by July 2019.

As of January 1, 2020 it is mandatory for all personal vehicles to get the new designed license plates. As for vehicles owned by private and public sectors, their license plates can be changed starting July 2019. pic.twitter.com/Rd0i1922vS

The new design for vehicle plates was revealed in November last year.