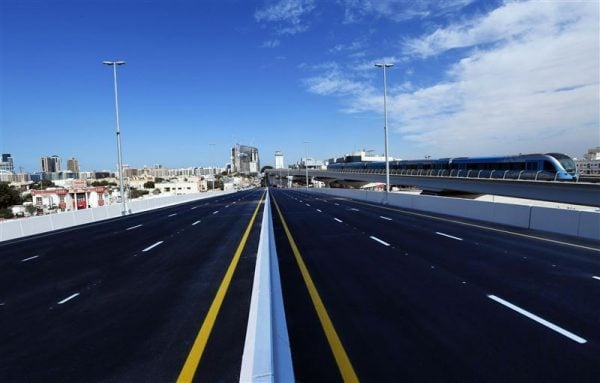 The first bridge on Sheikh Khalifa bin Zayed Street comprises two lanes in each direction. The second is a one-lane bridge from Za’abeel Street towards Sheikh Rashid Street

The RTA said the new openings would help smooth the flow of traffic heading to Al Karama and the World Trade Centre junction in the direction of Sheikh Zayed Road.

An additional tunnel on Sheikh Rashid Street, comprising four lanes in each direction from the intersection with Al Mankhool Street linking Al Garhour and Mina Rashid, is set to open in the second quarter.

The additions form port of a master project to improve the Al Shandagha Roads Network.

“The project is part of RTA’s master plan for the improvement of roads, bridges, crossings and underpasses to accommodate the growing traffic volumes, and ease the traffic movement in all parts of Dubai,” said RTA director general and chairman Mattar Al Tayer.

“The objective is to develop integrated solutions of roads and marine network that are safe for users, capable of matching to the development plans and demographic growth and encouraging the development and investment in Dubai.”

Lighting, pavement, irrigation, sewage, storm-water drainage works and the shifting of utility lines was undertaken as part of the improvement efforts.