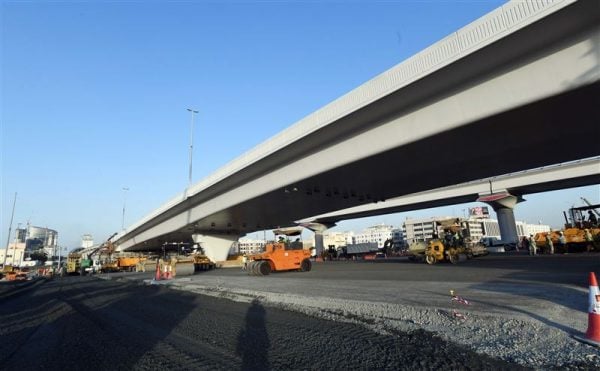 Dubai’s Roads and Transport Authority will open a key bridge next month as part of continuing efforts to improve the emirate’s roads.

A tunnel linking Al Garhoud and Mina Rashid in both directions will join it in the second quarter of 2018.

“The objective of such works is to ensure a free traffic movement from the Trade Center R/A to the intersection of Sheikh Khalifa bin Zayed Street and Al Kuwait Street through a two-lane bridge in each direction,” said RTA director general and chairman HE Mattar Al Tayer.

The construction of the wider intersection project is concurrent with the opening of the improvement of Wafi Intersection Project in April 2016.