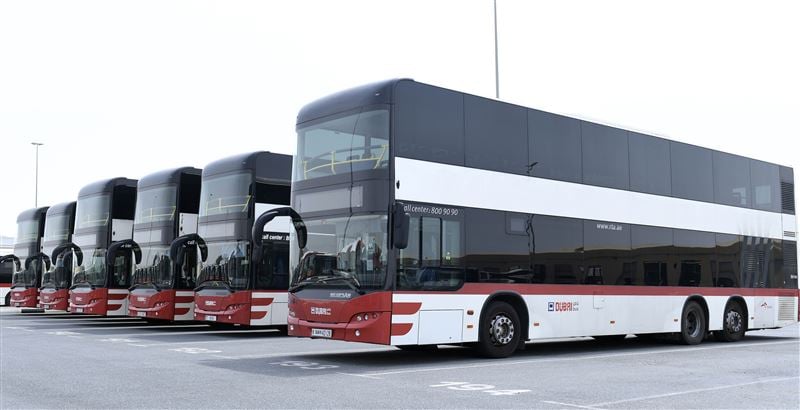 Over the past three years, RTA buses have extended a ride to about 450 million riders and travelled over 372 million km, aiming to strengthen the role of public transport, curb the usage of private vehicles, increase safety, alleviate congestions and conserve the environment, a statement said.

“The World Bank considers the achievement of 85 per cent in bus operations as ideal considering all conditions, and this standard rate is even dropped to 75 per cent for developing countries,” said Abdullah Al Mazmi, director of maintenance and services, Public Transport Agency, RTA.

“Thanks to RTA’s efforts, we were able to achieve a bus operational rate of 89 per cent. RTA buses work round-the-clock and undergo maintenance surpassing excellence worldwide.”

“The use of maintenance techniques and strategies hinges on striking a balance between cost and asset performance, and achieving operational efficiency that caters to the cost and risk elements. The use of automation and technology in the testing of buses aims to prevent the occurrence of errors, enhancing accuracy, and ensuring leadership as well,” Al Mazmi added.