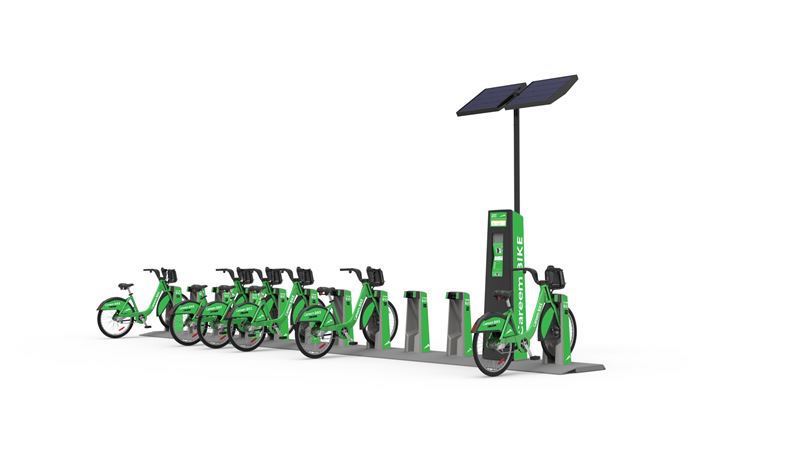 Dubai’s Roads and Transport Authority (RTA) has signed an agreement with car-hailing app Careem, to operate 3,500 bicycles at 350 docking stations across the emirate.

Customers can hire and pay for bike rides through the Careem Bike app, a statement said.

During the first two years of the agreement, Careem will operate 1,750 bikes and install 175 stations, which will stay operative for 15 years.

The second phase, spread across five years, will see the fleet grow to 3,500 bikes and an additional 175 docking stations installed, totalling 350 stations.

Careem will deploy a smart system to track the bicycles, integrate them via GPS and predict high occupancy areas. It will also operates environment-friendly solar-powered bicycle racks, connecting them to a wireless network, the statement added.

The service covers the Marina, Jumeirah, Dubai Water Canal, Deira, Al Khawaneej and Al Qudra areas. It will also be available at safe roads of districts such as Al Qusais, Al Mankhoul, Al Karama, and Al Barsha, the statement said.

“It also contributes to RTA’s efforts to enhance the integration of different transit modes and provide solutions for the first and last-mile challenge enabling public transport riders to reach their final destinations,” he added.

“Moreover, biking is a healthy practice that eases the congestion in the city and promotes healthy lifestyles.”

Earlier this month, RTA announced the transfer of its taxi booking and dispatch services to Careem’s Hala platform, starting December 7.

Read: All Dubai taxi bookings will soon be done only via the Hala app