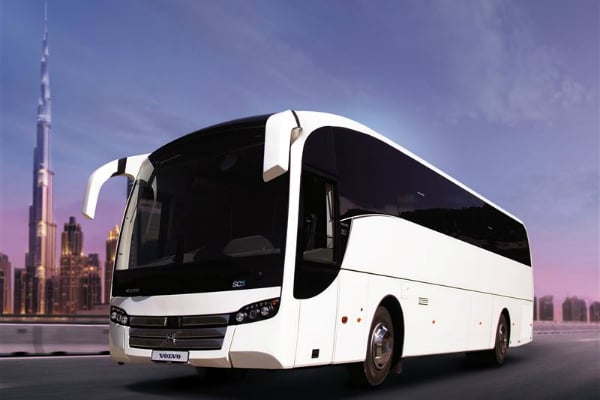 Dubai’s Roads and Transport Authority (RTA) on Friday awarded Dhs465m ($126.6m) of contracts for the procurement of 316 buses.

The buses are compliant with European emission standards and will increase the authority’s fleet to 2,085 by 2019.

The RTA said 143 Volvo coaches would be deployed for inter-city services and expansion to Abu Dhabi and the northern cities.

A further 79 double-decker Man buses will serve urban areas with a high-density of riders and 94 medium-size Optare buses will serve new communities not as easily accessed by the larger vehicles.

“The procurement of the new buses is part of a master plan set out to upgrade mass transit systems in Dubai and keep them aligned with the highest global practices,” said RTA director general and chairman Mattar Al Tayer.

“The plan also calls for providing best-in-class services to mass transit users and keeping abreast of the sustained growth of ridership of these modes.”

The Man buses can accommodate 100 riders and are equipped with a free internet service and USB ports for phones on top of a customised design to serve disabled passengers.

The Optare buses will accommodate 33 riders and also include free internet, USB ports and deluxe seats.

The vehicles were selected based on standards including Standardised On-Road Test methodology to compare fuel consumption between buses, the ability to manufacture and maintain the vehicles to international standards and the financial solvency of local dealers, the RTA said.

The authority wants public transport to account for 30 per cent of all journeys in the city by 2030.

It is also currently trialling an on-demand bus app in Al Warqaa and Al Barsha through a partnership with Italian-German company MVMANT.