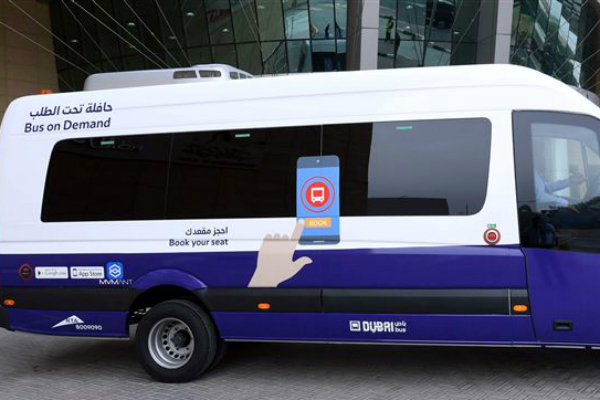 Dubai’s Roads and Transport Authority (RTA) has begun trials of a bus on demand service in Al Warqaa and Al Barsha.

The project comes through a partnership with Italian-German company MVMANT under the Dubai Future Accelerators programme to provide first and last mile transport links to metro stations and other areas.

The RTA said the three-month trial would utilise 18-seater buses operating on flexible routes and schedules.

People living in Al Warqaa and Al Barsha can download the MVMANT app to request a pick-up at their location. A tracker will show what time it is expected to arrive.

App users can also choose seats and pay fares through the app.

“During the trial operation, we will assess the efficiency of the service in terms of accessibility to riders, response period, and the time of journey to the destination,” said Ahmed Bahrozyan, CEO of the RTA’s public transport agency.

“A questionnaire will be provided at the metro stations in those two selected areas to probe their needs, views and thoughts about the service before being activated in order to ensure that it will be up to their expectations of a smooth and secure transport,”

The service is intended to target workers (23 per cent), occupational specialists (15 per cent) and retail and services business (62 per cent).