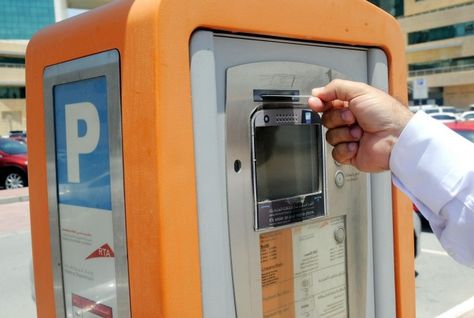 All paid parking zones (except for multi-level parking terminals) will be free from Sunday, December 1 to Tuesday, December 3, the RTA announced.

We have set new timings for our services during 48th UAE National Day holidays. pic.twitter.com/JIK4e6hxzK

The new timings are as follows:

Customers Happiness centres will be closed from Sunday, December 1 to Tuesday, December 3. Services will resume on Wednesday, December 4. However, the smart centre at RTA’s head office on Umm Al Ramool, will remain open 24/7 during the holiday period.

At subsidiary stations, buses will operate at Satwa station from 4.45am to 11.03pm, except for C01, which will be operative round-the-clock.

Bus service timings at auxiliary stations are as follows:

Metro link buses
Metro link buses at Rashidiya, Mall of the Emirates, Ibn Battuta, Burj Khalifa, Abu Hail and Etisalat Stations will be in service from 5am to 1.10am (the following day).

Note: The timings of metro link services are aligned to the timetable of the metro service.

Intercity
Intercity bus service and commercial buses (at Al Ghubaiba) will be running 24/7 to Al Jubail station, Sharjah, and from 4.36am to 1am (the following day) to Abu Dhabi.

Dubai Ferry will make five journeys between Al Ghubaiba and Dubai Marina station – the service will start at each station at 11am, 1pm, 3pm, 5pm and 6.30pm.

Abra will be sailing at Dubai Creek stations as follows:

Technical testing service centres will be closed from December 1-3.

UAE is celebrating its 48th National Day on December 2. The UAE government has announced holidays from December 1-3 to mark Commemoration Day and National Day.