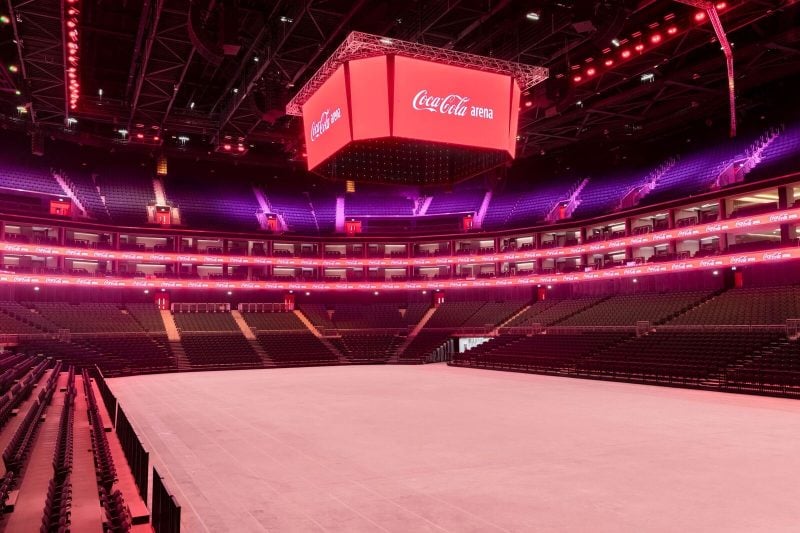 Dubai’s new Coca Cola Arena – the region’s largest indoor venue of its kind – is set to open its door to the public con Thursday, June 6.

The venue, which has the capacity to seat 17,000 people, will open with a show by comedian Russell Peters on June 6, followed by a Maroon 5 concert on June 14.

Located at Meraas’ retail and residential destination City Walk in Dubai, the arena is owned by Meraas and can host large scale live events 365 days a year.

It also has 42 suites – including four VVIP and royal suites as well as over 35 food and beverage options.

Speaking to Gulf Business earlier this year, Guy Ngata, CEO of the Coca-Cola Arena said that while the venue will focus on music concerts, it will also aim to have a multitude of other events including sports, corporate functions and also weddings.

“Music will be the core anchor but we will have a diversity of music with cultural crossovers and activities for different types of consumers and events,” said Ngata.

“Sports is also an important part. We also look at Arabic music and Bollywood as their own segments along with family shows, corporate events, as well as product launches. There will be lots of consumer-facing publicly ticketed events but there’s also a lot of behind the scenes corporate event activity that we are planning to host,” he explained.

He added: “If there’s an event that can be facilitated in our building, we will be looking at it.”