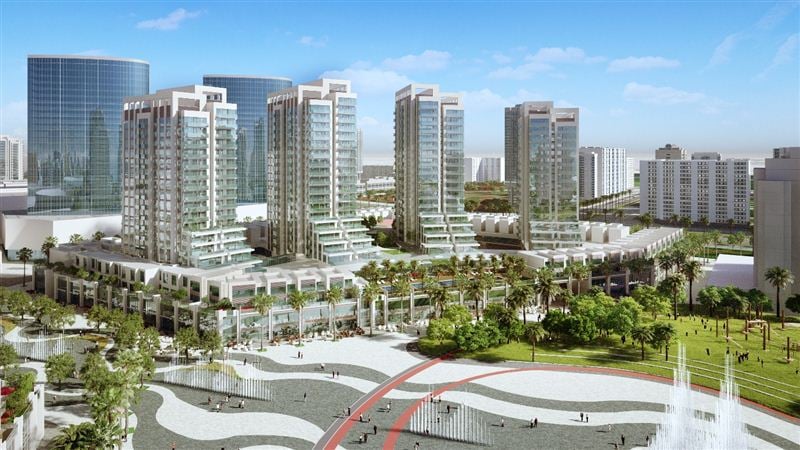 Nakheel said it would release the tender for the project, which includes 2,924 apartments and townhouses in 16 residential towers, this week with a planned delivery date of 2020.

The development is split across four clusters with each containing nearly 670 one-,two- and three-bedroom apartments spread across the 21-floor towers, 65 townhouses, a swimming pool and retail, restaurant and recreation space.

It is designed to accommodate 10,000 residents and will include 4,500 podium-level car parking spaces, with a total built up area of 7 million square feet.

Around 20 per cent of the development will also comprise outdoor space including gardens, shaded walkways and sports and wellness facilities.

Earlier this year, Nakheel appointed AE7 to oversee design engineering and construction of the project.

In addition to the boulevard, a construction tender has been released for the planned 6.5-million-square-foot Deira Mall.

A further tender for two hotels, two serviced apartment complexes and two other residential towers at the site will also be issued in due course, according to the developer.

Nakheel said stage one of infrastructure work on Deira Islands was completed in December.

The wider project forms part of Nakheel’s strategy to increase its number of leased units to nearly 36,000.

It is also building homes to lease in Jebel Ali, Nad Al Sheba, Palm Jumeirah and Jumeirah Heights to add to it existing stock in The Gardens, Discovery Gardens, International City and Jebel Ali Village.