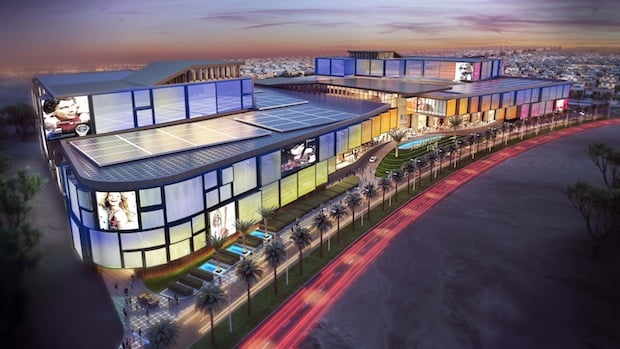 The mall will feature around 200 shops, restaurants and entertainment outlets including a supermarket, department stores, multi-screen cinema, medical centre and fitness centre.

In total it will have 500,000 sq ft of retail space and will be located at Nakheel’s upcoming Nad Al Sheba master community, where 1,500 villas are currently under construction.

The company said it has appointed global design consultants AE7 to oversee the design, engineering and construction supervision of the new mall.

A construction tender is expected to be released in Q4 2016, a statement said.

Nakheel chairman Ali Rashid Lootah said: “Nad Al Sheba Mall is the latest addition to our rapidly-expanding retail project portfolio, which will see the delivery of 13 million sq ft of leasable space in the next three to five years, adding to the four million sq ft already in operation.”

Nakheel is focussed on growing its retail portfolio, which includes 15 large-scale projects.

Retail projects currently under development – including Nakheel Mall, The Pointe and Deira Islands Night Souk among others – cover a total net leasable area of 5.6m sqft and are estimated to cost Dhs15.1bn, Lootah recently told reporters.

In the pipeline are other retail projects such as the massive Deira Mall and Dragon City which cover 6.7m sqft of net leasable area. Many of these projects are expected to be tendered this year, confirmed Lootah.

Read more: Nakheel says it is now a ‘debt-free’ company

Last month, the developer announced that it has awarded a contract worth Dhs117.5m to construct a new, 375,000 sq ft showroom complex at its Dragon City development in Dubai.