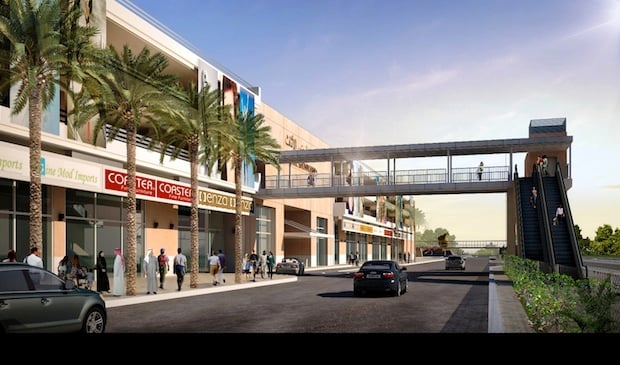 Nakheel has awarded a contract worth Dhs117.5m to construct a new, 375,000 sq ft showroom complex at its Dragon City development in Dubai, it announced on Wednesday.

The complex will have 18 showrooms and a multi-storey car park for 900 vehicles.

Construction of the showrooms will begin in two months’ time, with completion expected in Q4 2018.

All of the 118,000 sq ft of leasing space has already been booked, a statement said.

The Dragon City showroom project comes soon after the opening of Dragon Mart 2 – a new Dhs1bn complex that doubled the size of the original Dragon Mart to 3.5 million sq ft.

Together, the two Dragon Marts have more than 4,000 shops, restaurants and entertainment facilities.

The Dragon City project is currently undergoing extensive expansion in the form of new retail, hospitality and residential components that, when complete, will bring the size of the overall development to 11 million sq ft.

Its first hotel – a 251-room ibis Styles – opened in February, with a construction tender for a second announced earlier this week.

Nakheel is also building a twin-tower apartment complex with 1,120 units at Dragon City.