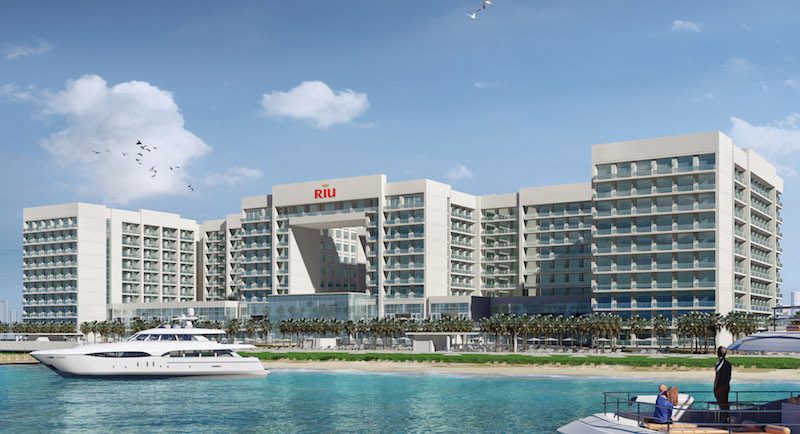 Dubai developer Nakheel is assessing 10 bids for the construction of its 800-room RIU beachfront resort at Deira Islands, it announced on Tuesday.

The company revealed that the lowest bid stands at Dhs363m.

The tender was launched in May and Nakheel confirmed that the construction contract will be awarded by the end of 2017.

The Dhs670m all-inclusive beachfront resort – a joint venture between Nakheel and Spanish hospitality group RIU Hotels and Resorts – is slated for delivery in 2020 – pushed back sightly from the previously announced timeline of Q4 2019.

The resort is RIU’s first in the Middle East and one of Dubai’s biggest in terms of hotel rooms, according to Nakheel.

The hotel is also one of 17 projects in Nakheel’s Dhs5bn hospitality expansion programme, under which some 6,000 new rooms and hotel apartments are set to be delivered across Dubai.

That includes another beachfront resort set to be developed as a joint venture partnership with Thailand’s Centara Hotels and Resorts at Deira Islands.

Earlier this year, Nakheel also signed a letter of intent with Hilton for a new DoubleTree by Hilton hotel and serviced apartment complex at Deira Islands.

The proposed project will be a twin tower complex with 250 hotel rooms and 200 serviced apartments. It is currently being designed, with anticipated delivery by 2020.

The 15.3 sqkm Deira Islands development is currently taking shape, with the developer having awarded over Dhs7.5bn worth of contracts so far.

The development, which will add 40km of coastline, including 21km of beach, to Dubai, is expected to have a population of 250,000 when ready and create 80,000 jobs.

The development will include a mega Dhs6.1bn Deira Mall – set to be Dubai’s biggest shopping destination in terms of retail space. It is expected to be completed in 2020.

The development will also feature the Dhs1.57bn Deira Islands Night Souk – set to be the “biggest night market in the world”.