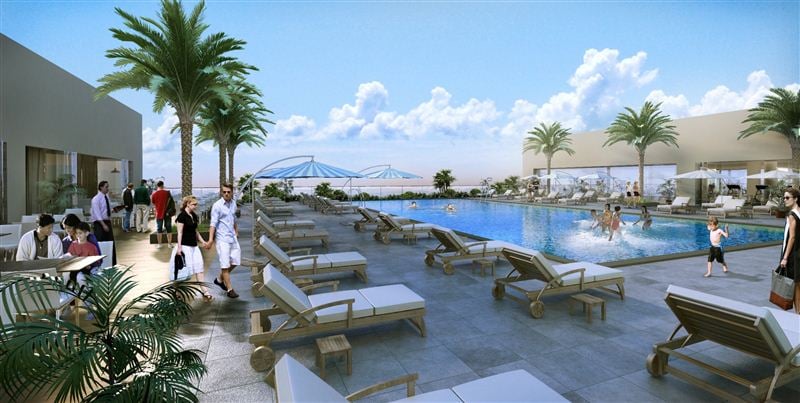 Dubai developer Nakheel has announced plans for a new community club and restaurant complex on top of the Circle Mall in Jumeirah Village Circle.

The club, due to open in 2018, will feature a 300-seat restaurant, swimming pool and sun deck, two tennis courts, a gym and landscaped gardens.

The Circle Mall itself is due to be completed next year and will have 235 shops, restaurants and entertainment outlets across three floors. 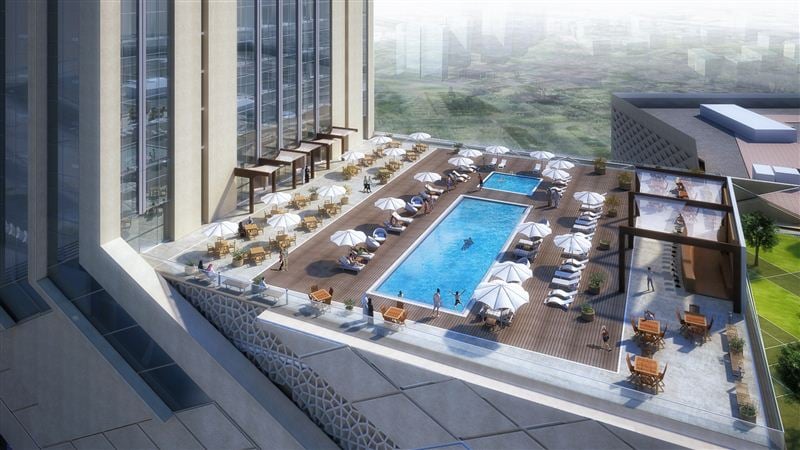 Facilities will include a multi-screen cinema, Spinneys supermarket, Faby Land family entertainment centre and a mosque with capacity for 300 people.

Nakheel said it would also be offering preferential membership rates for residents of Jumeirah Village Triangle when it opens a new hotel at the Al Khail Avenue mall, due for completion in 2019.

The property, which will be managed by Hilton’s Doubletree brand, includes 256 rooms across 18 floors with a pool deck, gym and other facilities.