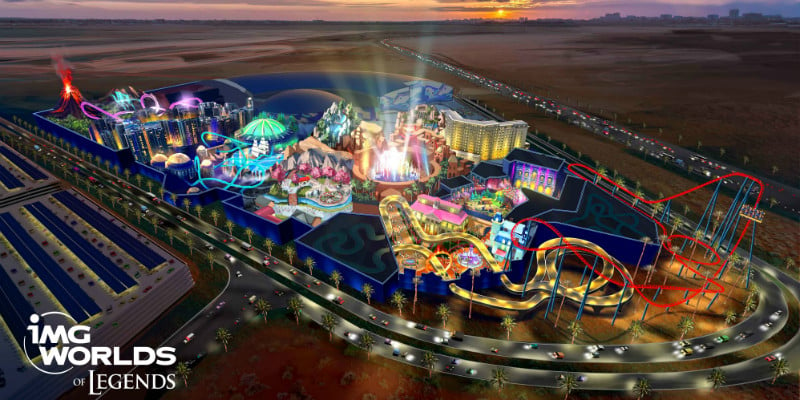 It will include interactive roller coasters, rides, water-based attractions and live entertainment in a temperature-controlled environment with a retractable roof.

“We are fast becoming the family entertainment capital of the Middle East with high growth prospects that permit us to plan for the long term. We look forward to welcoming residents as well as visitors from the region and abroad to enjoy a unique theme park adventure like no other,” said Ilyas and Mustafa Galadari, owners of the Ilyas & Mustafa Galadari Group.

IMG Worlds of Legends connected to IMG World of Adventure via a sky bridge and a pedestrian walkway with a multiple park pass available.

Attractions will include characters from:

The opening date and construction timeline was not disclosed.

IMG Worlds of Adventure became Dubai’s first theme park when it opened in August and is expected to host 4.5 million people in its first year of operation.

Reports in September suggested IMG was considering an initial public offering next year.