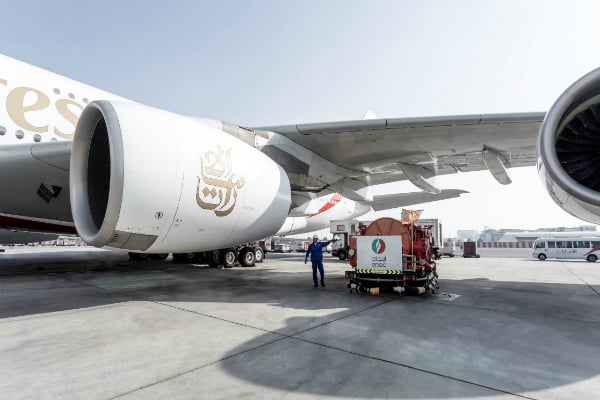 Dubai’s ENOC Group said on Wednesday that work on a 16.2km jet fuel pipeline would be ready in time for Expo 2020.

The company is constructing the line to link its storage facilities in Jebel Ali with Al Maktoum International Airport.

It said the work, which was awarded to Dubai-based Albanna Engineering in March, was 20 per cent complete and due be finished by the first quarter of 2020.

When finished the pipeline will carry 2,00 cubic metres of jet fuel per hour.

“When completed, the pipeline will support the air traffic of more than 20 million tourists expected to visit Expo 2020 Dubai.”

ENOC expects the pipeline to meet demand for jet fuel up until 2050 as Al Maktoum is expanded to become what authorities say will be the world’s largest aviation hub.

Al Maktoum was expected to become the emirate’s main aviation hub in the coming decade but that timeline has now been pushed back, according to officials.

“The decision has been taken to stay at DXB for the next 10 years, and DWC [Dubai World Central] will be used for cargo and other passenger airlines,” Anita Mehra Homayoun, SVP of communication and reputation at Dubai Airports, said.

This came amid reports that the $36bn expansion of Al Maktoum to handle 120 million passengers a year by 2025 has been delayed.

The biggest single value contract for the airport was launched last week. The The package includes over 1.7 million square metres of construction works and will be awarded early next year, Dubai Media Office said on Twitter.