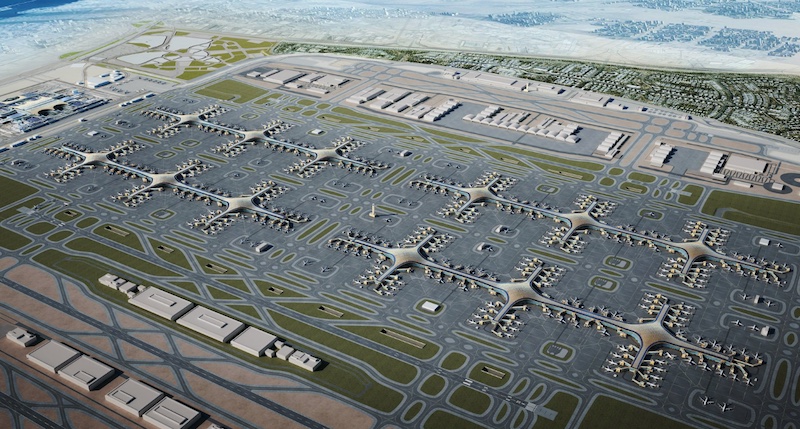 The tender was launched by Sheikh Ahmed bin Saeed Al Maktoum, chairman of Dubai Airports, president of the Dubai Civil Aviation Authority and chairman and CEO of Emirates Group.

The package includes over 1.7 million square metres of construction works and will be awarded early next year, DMO said on Twitter.

No further details were revealed.

The airport is being built in phases and once completed, it will become the world’s biggest airport with an ultimate capacity of over 200 million passengers per year – more than twice the current capacity of Dubai International.

The report comes after it was reported earlier this month that the expansion of Al Maktoum International to handle 120 million passengers a year by 2025 has been delayed.

Five sources told Reuters that the expansion had been delayed. They did not say why it was delayed or for how long. Two sources said the project was being redesigned.

Dubai secured a $3bn loan last year to develop the airport, which opened to passenger traffic in 2013.

A senior executive from Dubai Airports also recently confirmed that Dubai International (DXB) will continue to operate as the main airport in the emirate for the next 10 years as plans to migrate to Dubai World Central are put on hold.

“The decision has been taken to stay at DXB for the next 10 years, and DWC [Dubai World Central] will be used for cargo and other passenger airlines,” Anita Mehra Homayoun, SVP communication and reputation at Dubai Airports, said at the opening of the second Airport Solutions Dubai conference on Monday.

DXB, which handled 8.37 million passengers in August – the single biggest month in the airport’s history, is continuing to expand.

Overall, the emirate expects to spend around $36bn on Al Maktoum International and the wider Dubai World Central.