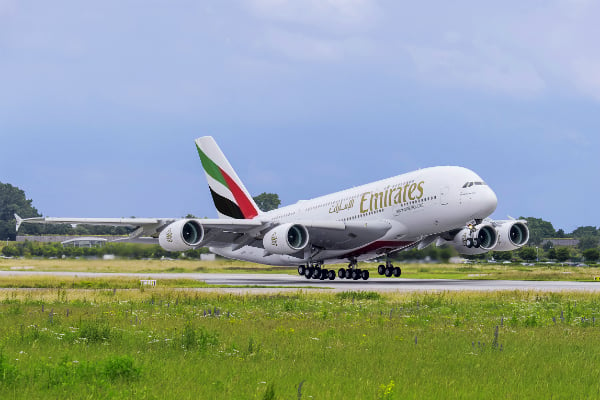 Dubai’s Emirates will begin flying the Airbus A380 to Osaka, Japan, from later this year and is offering discounted fares on its upcoming route to the Chilean capital Santiago, the airline said on Monday.

The superjumbo will operate the EK316/317 daily route from Dubai International Airport to Osaka from October 28, replacing the existing Boeing 777-300ER serving the city.

Emirates said the deployment would increase capacity by 38 per cent with 489 seats spread 399 in economy, 76 in business and 14 in first class.

The carrier already flies the A380 to Tokyo’s Narita International Airport having resumed the previously suspended service last year.

Read: Dubai’s Emirates to resume A380 service to Japan’s Narita

In a separate announcement, Emirates said it was also offering discounted fares on its five-times-a-week Santiago service via Sao Paulo, which begins on July 5.

Emirates Holiday packages exclusive of the airfare are being offered from Dhs2,000 ($544).

Emirates said last week it would also begin flying the A380 to Hamburg.

The Dubai airline is by far the largest operator of the A380 and serves 48 other destinations with the aircraft.

In April, Emirates president Tim Clark said the airline would likely commit to options for 16 more of the jets “sooner rather than later” under a $16bn deal for 20 planes finalised in February.

That agreement secured the future of the A380 programme for at least another decade after a lack of orders meant Airbus was considering its future.

Emirates recently revealed in a company podcast that it planned to use the new double-decker jets to launch a long-awaited premium economy service from 2020.