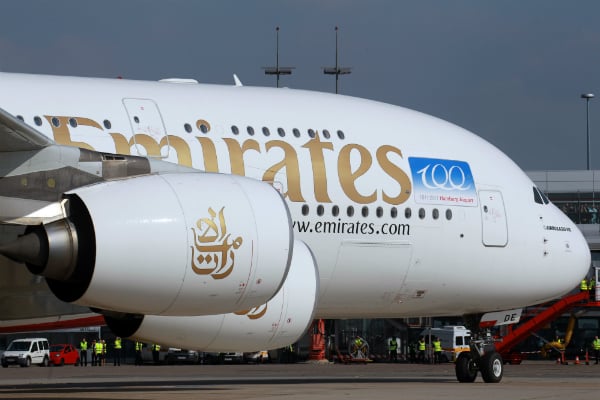 Dubai carrier Emirates has announced it will begin flying the Airbus A380 on its Hamburg service from later this year.

The superjumbo will begin its inaugural service on October 29 for the carrier’s morning flight before being regularly deployed on the afternoon service the day after.

Emirates said the plane would increase capacity on the route by more than 22 per cent.

“The switch to the A380 offers a total of 1,120 additional seats per week in each direction, meeting a growing demand from travellers on the route and demonstrating our commitment to Hamburg,” said Emirates vice president, North and Central Europe, Volker Greiner.

“Enabling an increase in passenger numbers will also result in additional tourism revenues for Hamburg and its wider region, which in turn will mean boosting the local economy and job creation.”

Emirates is by far the largest operator of the A380 and services 48 other destinations with the aircraft.

In April, Emirates president Tim Clark said the airline would likely commit to options for 16 more of the jets “sooner rather than later” under a $16bn deal for 20 planes finalised in February.

That agreement secured the future of the A380 programme for at least another decade after a lack of orders meant Airbus was considering its future.