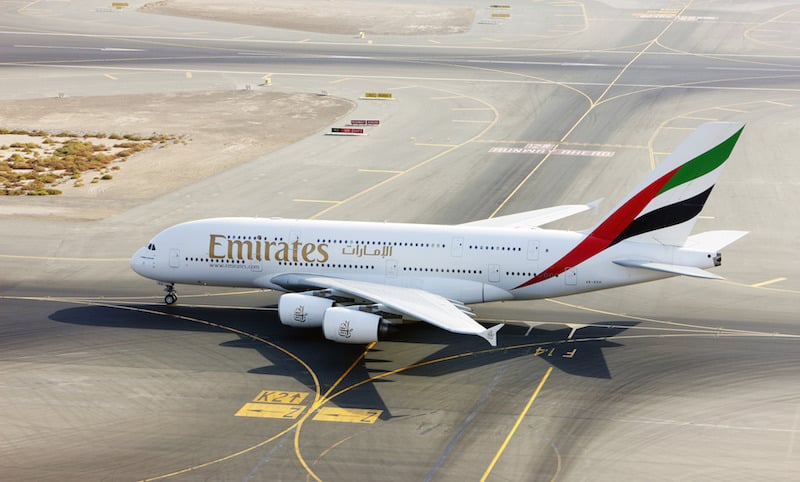 Dubai carrier Emirates will resume a previously suspended second daily service to the Portuguese capital Lisbon and fly its first Airbus A380 to the Lebanese capital Beirut later this year.

The carrier said the returning Lisbon flight would be operated by a Boeing 777-300ER with eight first class, 42 business and 310 economy class seats, along with 20 tonnes of cargo capacity, from June 1.

It previously launched a second daily service to the city in in January 2016 before suspending it the following September.

Portugal saw a 10 per cent increase in tourists last year to 21 million people, with visitors to Lisbon rising 16 per cent.

“The second daily service between Dubai and Lisbon will therefore meet growing demand for seats on the route, as well as offer our customers in Portugal and from across Emirates’ worldwide network more choice and flexibility when planning their travel.”

It will have 14 first class, 76 business class and 429 economy class seats.

The flight comes as airport authorities seek to expand capacity to more than 8 million passengers a year.

Emirates is the world’s largest operator of the superjumbo and recently confirmed a $16bn order for at least 20 more superjumbos. The carrier has flown to Beirut since 1991.