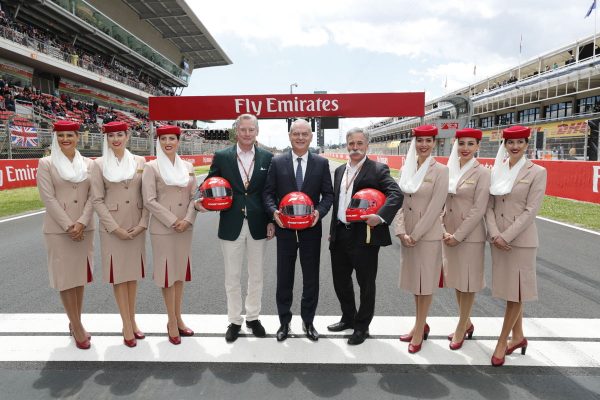 Dubai carrier Emirates has renewed a partnership with motor sport Formula One until the end of 2022.

The airline has partnered with the racing competition since 2013 and will expand its branding and “consumer activation” presence through the extension at more than 15 races on the FIA Formula One World Championship calenda.r

Emirates said the deal came into effect at the start of the current season in March at the Australian Grand Prix in Melbourne and would include Sunday’s Spanish Grand Prix in Barcelona and the July 20-22 Hockenheim Grand Prix.

“There’s an excellent fit between Emirates and Formula 1, from the global extent of our destination network and the cities in which races take place, to the focus on innovation and technology that underpins the sport and our approach to the development of products and services for our customers,” said Emirates executive vice president and chief commercial officer Thierry Antinori.

“Formula 1’s global appeal also provides us with an opportunity to share in the passion of the millions of fans who follow the sport, many of whom are our customers.”

The deal will include trackside branding at races, digital branding, hospitality for guests at the Paddock Cluband fan engagement activities.

In February, Emirates renewed its shirt sponsorship of English football club Arsenal described as one of the biggest deals “ever agreed” in the sport.