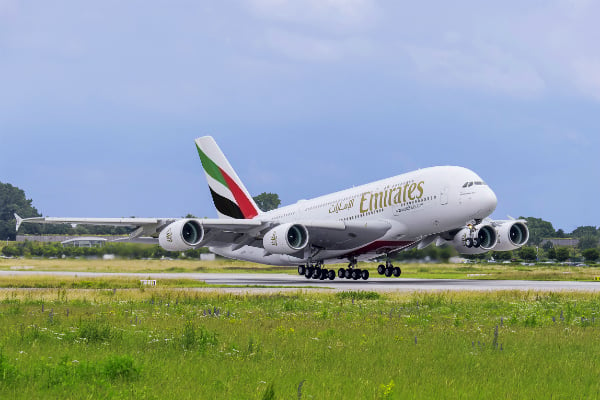 Dubai carrier Emirates has announced plans to operate the Airbus A380 on its route to Glasgow, Scotland next year as runway disruption forces it to reduce flights.

A single superjumbo flight will replace the current twice-daily Boeing 777 service between April 16 and May 31, 2019.

This will coincide with runway maintenance at Emirates’ Dubai International Airport hub.

Emirates said the deployment of the A380 is to minimise the reduction of capacity between Glasgow and Dubai.

The return flight will leave Glasgow at 9:30pm and land in Dubai at 7:55am the next day.

A double daily service will then be reinstated from June 1 to September 30, with the A380 continuing to operate the first flight and a Boeing 777 the second to meet increasing summer demand.

Following this, the twice-daily Boeing 777 operation will resume.

The A380 operating the route will have 14 first class, 76 business class and 399 economy class seats.

Emirates is by far the largest operator of the aircraft with 108 in operation and 54 on order.

Both the carrier and its sister airline Flydubai are expected to shift some flights to Dubai World Central temporarily next year to account for the runway maintenance disruption.